The late KCD executive positioned himself at the forefront of the PR industry by focusing strictly on fashion clients and driving the agency's global expansion.

The PR agency has remained an industry leader for over 30 years. While previously known for its “fashion purism,” having chosen to solely represent clients within the industry, what sets KCD apart today is its openness and adaptability, with clients ranging from fashion houses to film studios and digital platforms.

Filipowski arrived at the firm — then called Keeble Cavaco & Duka — two years after its inception, hired by founder Kezia Keeble after sending her flowers following the firm’s signing of Charivari, a then buzzy, upscale specialty store.

When co-founders John Duka and Keeble passed away in 1989 and 1990 respectively, Filipowski and Mannion informally inherited the company, working alongside Paul Cavaco. In 1991, they were named partners and in 1993 they re-named the firm KCD after Cavaco departed to Harper’s Bazaar.

In the aughts, the firm began expanding into Europe and opened its Paris office, where KCD’s European headquarters are now based. With the rise of digital media — a seismic shift for the industry — KCD developed digital platform Fashion GPS and established its digital division in 2010.

In 2016, the firm launched its entertainment and technology division, whose clients include fashion platform Launchmetrics, Tony Awards, the Metropolitan Museum of Art Costume Institute Benefit Gala and Paramount Pictures, which hired KCD to work on the premiere of “Zoolander 2.”

In 2017, the company announced a restructuring that would see it move away from traditional departmental silos, forming an 10-member executive committee to drive the agency’s strategy.

On January 10, 2020, Filipowski, aged 58, passed away in his home in New York. He lived with husband Mark Lee , the former chief executive of Barneys New York. 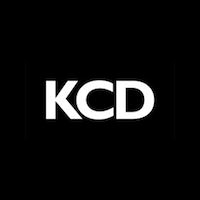 Want a Job in Fashion PR and Marketing?