The former accountant led the world’s largest shirt company and owner of classic American brands such as Calvin Klein and Tommy Hilfiger.

Under Chirico's leadership, PVH became one of the largest apparel companies in the world, including through his engineering of the transformative acquisitions of Tommy Hilfiger in 2010 and Warnaco in 2013. He also played a key role in the 2003 acquisition of Calvin Klein .

These transactions, along with others, added new brands and product categories to the PVH portfolio and saw PVH’s business expand beyond North America to include retail, wholesale and licensing businesses covering all major global markets. Previously, he held a number of financial and operational positions within PVH, including president and chief operating officer and chief financial officer. Prior to joining PVH, Chirico was a partner at international accounting firm Ernst & Young, running their retail and apparel practice group.

Chirico is also on the board of directors at Dick's Sporting Goods. His philanthropic work includes serving on the Board of Trustees of his alma mater, Fordham University (Class of '79), as well as the board for Save the Children and the Healthcare Chapliancy. Chirico supports the Ronald McDonald House in New York City, and was honoured at their 23rd Annual Gala in 2015. 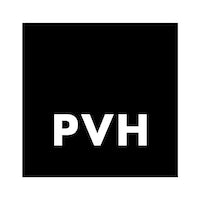 Will Stefan Larsson Turn PVH Into a Modern Brand Machine?