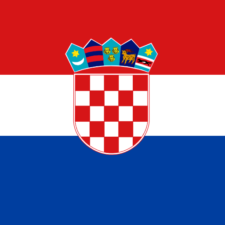 The Croatian model had a breakout 2018 season, scoring five international Vogue editions covers and a contract with Ralph Lauren.

The Croatian model was scouted in 2016 and has risen rapidly due to her classical looks, scoring numerous covers and editorials for international Vogue editions and becoming the face of Ralph Lauren .

Born and raised in Trogir, Croatia, Faretta Radic — known professionally as Faretta — was scouted in 2016 and made her debut at Givenchy’s Autumn/Winter 2016 show, handpicked by former creative director Riccardo Tisci himself. She then walked the Autumn 2016 couture shows, however Spring/Summer 2017 was her first ready-to-wear season, where she opened three shows and closed one, and appeared in key looks for shows like Saint Laurent .

Faretta is signed as the face of Ralph Lauren, having appeared in the brand’s campaigns since 2017. In the Autumn/Winter 2018 season she walked an impressive 18 shows, including Valentino and Isabel Marant . That same year she appeared in covers for Vogue editions in Russia, Japan, UK and Germany.

Faretta is represented by The Society in New York and Elite Models worldwide.