Having crafted a new identity for Carven during a five-year tenure at the label, the Frenchman revived a slumbering Nina Ricci, before turning his attention to Jean Patou.

Guillaume Henry was appointed the creative director of Nina Ricci in January 2015, with his first collection for the house bowing in Autumn/Winter 2015. Although previous attempted reboots the Parisian house have struggled to connect with ready-to-wear consumers, from his six year stint at Carven Henry has a proven track record of recasting a slumbering house's identity, and finding new generations of consumers for it.

In March 2018, it was announced he departed the house of Nina Ricci. In September 2018, Henry was handpicked by Sidney Toledano to resurrect Jean Patou with LVMH's backing. He debuted his vision in 2019 for the french fashion house, which has been helmed by the likes of Karl Lagerfeld ,  Jean Paul Gaultier  and Christian Lacroix in its over 100-year history.

Henry studied at the Institut Français de la Mode, on a year-long course, in which he was taught by professionals rather than academics. "It was an intense 12 month course," he explained to British Vogue. "One day we would learn about shoes from Pierre Hardy , the next Pierre Bergé would teach us about creating a brand. All the lessons were in English so I had to develop the language quickly alongside everything else I was learning."

Following his graduation from IFM Henry was taken on at Givenchy, then under the creative direction of Julien Macdonald. Henry was part of the design team that presented Givenchy’s collections anonymously, in the interim period before the arrival of current creative director Riccardo Tisci in 2005. "Working with Riccardo was amazing. We worked very closely and I assisted him for a year but eventually I wanted to leave to re-connect with the customer. Riccardo is incredible in terms of fashion proposal and brand image but I missed meeting the client and creating everyday wardrobe pieces."

Following a brief stint at Paula Ka, Henry received a phone call out of the blue, asking him his opinion on Carven. His response that the house should evolve past couture and dress women in their everyday lives struck a chord with Carven’s owner and the young Frenchman was hired. Duly, Carven relinquished the brand’s membership in the Chambre Syndicale de la Haute Couture and re-launched it as a ready-to-wear label under his creative direction for Spring 2010.

The label was an immediate hit with fashion editors and buyers. It is stocked in boutiques including Colette and 10 Corso Como. Henry’s aesthetic encapsulated modern attitudes to dressing — bold colour pairings and unexpected fabric combinations rooted in practical, classic silhouettes. “I believe in sensuality more than in girls on the street who are practically naked,” Henry told W magazine. Henry was creative director of Carven, a role he held from 2009 to 2014. 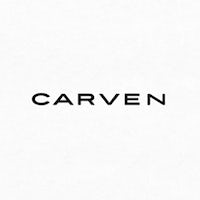