Hiroshi Onishi was made president and chief executive officer of Isetan department store in 2012 after the death of former chief executive and chairman Nobukazu Muto in 2010. Isetan was formerly a publicly-traded department store chain based in the fashionable Shinjuku district of Tokyo, but was delisted in 2008 when it merged with Mitsukoshi, a rival chain, to form a joint company called Isetan Mitsukoshi Holdings. Onishi stepped down in 2017 following a decline in earnings and was succeeded by Toshihiro Sugie on April 1 that year.

Isetan has branches throughout Japan and East Asia, including Thailand, Singapore and China. It was founded in 1886 and its flagship store, the Shinjuku branch, is considered one of the most influential and fashion-forward department stores in Japan, often stocking emerging designer labels and products. Behind the main store, an entire other location is dedicated to menswear, known as Men’s Isetan.

In recent years, sluggish economic conditions and recent consumption tax hike have made the department store look further afield into other categories and geographies, with tourism dollars from China an increasingly important part of the revenue stream. In 2013, the department store revamped its women’s fashion floor and renovated its home and children’s floors to maintain shoppers’ interest. 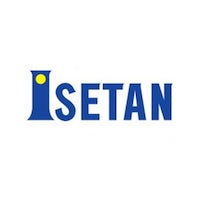