The Qingdao native interned at Dior while studying at CSM and launched his label based on a modern East-meets-West aesthetic.

Chinese-born and Dior haute couture-trained designer Huishan Zhang has been making waves since before he graduated from the BA Fashion course at Central Saint Martins in London. He later also earned an MA in Pattern Cutting there. Handpicked by Delphine Arnault initially to work on leather goods whilst he was at the prestigious school, Zhang eventually began working at the Dior haute couture atelier.

"For me, working in the Dior Couture atelier was the most incredible opportunity. I was not only able to be surrounded by the most inspirational and talented people, but was given the opportunity to learn and apply couture techniques that I have since developed into the Huishan Zhang brand,” he told Interview magazine.

Born and raised in Qingdao, China, Zhang moved abroad at the age of 17 and has since lived in Paris, New Zealand, and London. He is most influenced by his Chinese heritage, particularly aspects of his native country’s craftsmanship and design, but he has taken these initial inspirations through his own very global lens to produce typically feminine, refined silhouettes. He won the now-shuttered Dorchester Collective Fashion Prize in 2013 and had launched his label just two years earlier.

His debut 2011 collection was picked up by Browns, the same boutique that carried John Galliano and  Hussein Chalayan 's graduate collections. Zhang told The Telegraph that he aspires to build the next leading luxury Chinese lifestyle, not just fashion, brand. Since 2011 his business and studio have been based in London. 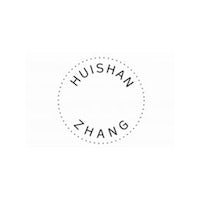 The Store is Dead, Long Live the Store!