The entrepreneur co-founded a Spanish fast-fashion giant that started with embroidered Turkish blouses.

Along with his brother Nahman, Istanbul-born entrepreneur Isak Andic founded fast fashion brand Mango in 1972 and eventually turned it into a global force. Born to a Turkish Sephardic Jewish family, Andic launched his apparel business when he moved to Barcelona, Spain, where he began selling hand-embroidered T-shirts. He started opening shops around Barcelona and Madrid and eventually began stocking other brands. In 1984, he brought his activities together under one roof, which he called Mango.

The notoriously media-shy Andic did not make public appearances and avoided having his picture taken until recent years. As of 2017, Mango is present in over 100 countries (65 percent of his stores are franchises) and brings in over €2 billion in annual revenue.

Andic is based in Barcelona and has three grown children, two of whom work at Mango. Son Jonathan Andic is expected to eventually succeed his father at the helm of the business.

In 2018, Andic was awarded a knighthood by France in recognition of his contributions to the country. 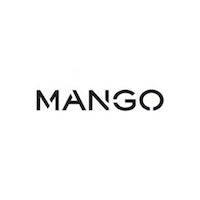