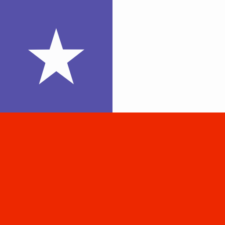 The former leader of the third largest retail conglomerate in Latin America is overseeing the firm’s regional expansion.

Soler Bottinelli became chief executive of the multi-brand retailer at the start of 2015 following the abrupt departure of his predecessor, Daniel Rodriguez. The appointment is intended to reinvigorate Latin American retail conglomerate Cencosud after the company saw several years of declining revenues. Counting the firm’s 25 shopping malls that span supermarkets, home stores and shopping centres across Chile, Colombia, Peru and Argentina, he is now one of the most powerful fashion retail executives in the region.

Soler Bottinelli received a degree in Business Administration from the University of Chile and is a graduate of the Executive Development Program from the Kellog Graduate School of Management at Northwestern Unviersity, Illinois. Soler Bottinelli has spent the past decade working with Cencosud, having previously lead business management for the womenswear section at department store Falabella for eight years. He was credited with restructuring the company’s product strategy in a crusade to recover the firm’s fortunes through continued regional expansion which included the opening of a commercial office in China.

From February 2014 until his appointment, he was the head of the Corporate Retail Managing division where he oversaw the management of supermarkets, department stores and home improvement. Prior to this he worked as deparment stores MD, successfully commanding the turnaround process of Johnson, the department store, after its acquisition by Cencosud and the 115-year-old Almacenes Paris department store which now has over fifty branches around South America and handles the local franchises for Topshop through its Eurofashion division. Cencosud, under Soler Botinelli has built the Costanera Center in Santiago, Chile, which is located in the tallest tower in Latin America and has a labyrinth of fashion brands inside from Emporio Armani to Zara. Regular reviews by committees in each of Cencosud’s operating countries improves store operations. In 2018, Soler Bottinelli stepped down from his position as Chief Executive.

In 2019, Cencosud made its stock market debut, whilst split into two: the “Cencosud shopping” real estate branch and the retailer which will retain the original Cencosud name, in a bid to reduce company debt.

Gucci Teaming up with Balenciaga for Next Collection: Market Reports