Fresh out of Harvard Business School, she created a website often described as ‘Netflix for fashion’ that rents high-end clothing and accessories.

Jennifer Hyman is the co-founder and chief executive of Rent the Runway , a fashion company with a technology soul that is disrupting the way women get dressed. In her role, she sets the strategic priorities of the business and leads the company in growing all areas of the business, including marketing, technology, product and analytics. She co-founded Rent the Runway in 2009 with Jennifer Fleiss, and has since raised over $525 million in capital, growing the business to over 11 million members and a valuation of $1 billion.

Prior to Rent the Runway, Hyman was director of business development at IMG where she focused on the creation of new media businesses for IMG's fashion division. She also ran an online advertising sales team at WeddingChannel.com and was an in-house entrepreneur at Starwood Hotels, creating Starwood’s first wedding business which was recognised on the Oprah Winfrey Show for its innovation.

Hyman has been honoured with recognitions like the “TIME 100” most influential people in the world, Forbes “12 Most Disruptive Names in Business”, Fortune’s “Most Powerful Female Entrepreneurs”, “Trailblazers”, “40 under 40”, Fast Company’s “Most Creative People in Business” and the Tribeca Film Festival’s “Disruptive Innovation” award. Under her leadership, Rent the Runway has been named to CNBC’s “Disruptor 50” and Fast Company’s Most Innovative Companies list multiple times. Serving as Rent the Runway’s spokesperson, Jennifer is a frequent guest on television and a regular lecturer at universities and business schools nationwide. 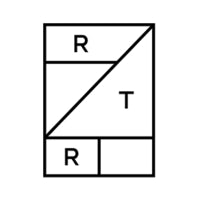