The former editor of British men’s magazine Esquire and Wallpaper* has deftly set the tone for the pre-eminent luxury e-tailer’s menswear editorial.

Langmead was editor-in-chief and one of the founding members of Mr Porter, a subsidiary of Net-a-Porter, when it launched in 2011. He was responsible for the editorial content of the e-tailer, which stocks 170 designers, including Givenchy, Gucci, Lanvin, Burberry and Alexander McQueen, and publishes a weekly online magazine, entitled The Journal.

Langmead briefly left The Net-a-Porter Group in 2014 to join auction house Christie's, where as chief content officer he developed editorial content across the marketing, communications, e-commerce and digital departments. He returned in April 2015 to become as brand and content director of Mr Porter. "I want to make Mr Porter synonymous with universal life," Langmead told BoF. "Across the globe, there are millions of men that have never heard of Mr Porter. The challenge is to find them and get them to try it."

Surprisingly, given the worldwide success of Mr Porter, its previous editor-in-chief, and now brand and content director, had never worked in the digital market, prior to his appointment in 2010. Immediately before Mr Porter, Langmead was editor-in-chief of Esquire, from 2007 to 2010, and interiors magazine Wallpaper from 2003 to 2007.

Langmead learnt his trade in newspapers however, “I started off in newspapers when we still had to change words on the stone before it went to press and as a sub editor, you had to measure the copy to cut it to fit the page and count the letters in a headline to make sure it fitted in the gap.” Langmead rose through the News International ranks to edit and establish The Sunday Times Style supplement for six years, before becoming the life and style editor of The Evening Standard in 2002.

Langmead was educated at St Martin's College in Cumbria and has two sons with India Knight. 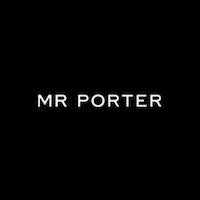