As chairman of Swiss luxury group Richemont, South African business mogul Johann Rupert oversees an elite portfolio of luxury brands that includes fashion labels Azzedine Alaïa, Chloé, and Dunhill, alongside established jewellery and watch brands such as Van Cleef & Arpels, Vacheron Constantin and Cartier. In 2010, the group also acquired 100 percent of the shareholding in luxury e-tailer Net-a-Porter, in a deal valuing the business at over $500 million.

Credited with having spearheaded Richemont’s prominence within the luxury sector since joining in 1984, Rupert holds the majority shareholding of parent company Compagnie Financière Richemont and also administers the activities of the investment company division Remgro.

The South African businessman founded Richemont in 1988 as a spin-off of Rembrandt Group Limited, a company established by his father Anton Rupert in the early ‘40s. In 1993 Rupert split the group’s tobacco and luxury goods activities between two subsidiary companies, with Vendôme Luxury Group overseeing the operations of the group’s watch, leather goods and apparel interests. In 1998 Rupert realigned Vendôme into the Richemont group with a buyout of the minority interest shareholders and set it on a steady growth strategy that saw the acquistion of brands such as Azzedine Alaïa, Roger Dubuis and Van Cleef & Arpels. In 2007 Rupert also entered into a 50/50 joint venture with Polo Ralph Lauren to form the Ralph Lauren Watch and Jewelry Company.

Prior to forming Richemont, Rupert launched Rand Merchant Bank in 1979, following placements served at Chase Bank in Manhattan and at Lazard Frères. The established businessman, who briefly attended the University of Stellenbosch to study economics and company law, joined his father’s company Rembrandt in 1984.

In May 2013 announced his intention to embark on a brief 12-month sabbatical, naming deputy chairman Yves-Andre Istel as chair in his stead. Rupert has been awarded a number of accolades for his business activities and in 2009 was also award the French Legion d'Honneur. 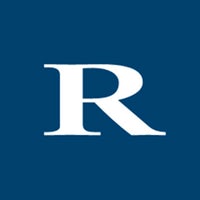