Initially a merchandiser at Harrods, Akeroyd grew the Alexander McQueen brand before joining Versace at a time when it seeked to accelerate global growth.

Jonathan Akeroyd is chief executive of Burberry and former chief executive of Gianni Versace SpA, a post he held since June 2016. His appointment came at a time when many believed Versace was preparing for an IPO, and sought to capitalise on the brand’s newly found creative momentum and the effects of the €210 million cash injection raised from The Blackstone Group in 2014. However, in September 2018, the company was acquired by Michael Kors (Now Capri Holdings) for approximately $2.12 billion.

Prior to Versace, Akeroyd enjoyed a 12-year tenure as the chief executive at Alexander McQueen, where he oversaw significant expansion, and steered the brand through the death of its founding designer.

Akeroyd’s career in retail began while working as a store manager at Harrods in London. Over the course of 15 years he steadily rose through the ranks, becoming merchandising director of the luxury department store before being approached by the Gucci Group to take the helm at Alexander McQueen in 2004.

He successfully steered the brand’s growth and strategic development through one of its most turbulent periods. Having helped the brand to break even within the first three years of his appointment, Akeroyd has since overseen one of the brand's most profitable periods. These were driven by the launch of an accessories range, the McQ diffusion line and in 2010, the successful appointment of Sarah Burton as creative director, following the death of Alexander McQueen.

In May 2016 he was tapped to succeed  Gian Giacomo Ferraris as Gianni Versace SpA’s chief executive. Vice president and artistic director Donatella Versace said in a statement, "Jonathan brings a proven track record in building global brands, steering growth and driving strategic development... [his] industry expertise and vision will be key to advancing the next phase of Versace's development."

Akeroyd’s first major move in his new role was to remove Versace from the official Paris couture schedule, a shake-up he announced on the eve of Spring 2017 couture week. The chief executive cited stress and relevancy, rather than budget, as the stimulus behind the decision, and explained that instead of a couture show, the brand would hold a number of “major client events” throughout the year in cities around the world.

Akeroyd joined Burberry as its chief executive in April 2022 after Marco Gobbetti departed for Salvatore Ferragamo. Akeroyd’s arrival came as the company was in the midst of a long-standing revival plan. He is expected to continue to execute on his predecessor’s strategy to reposition Burberry as a top-tier luxury player. 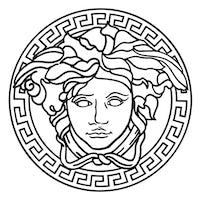 Mastering the McQueen Challenge: How to Grow a Young Luxury Business