The multi-cultural designer worked with Marc Jacobs and Givenchy before starting his own brand, which recently attracted investment from Kering.

Since launching his namesake luxury brand in 2008, New York-based Joseph Altuzzara has fast become one of the industry’s most buzzy young designers, boasting a strong design aesthetic that has seen him compared to luminary Tom Ford .

A Paris native, Altuzarra moved to America in 2000, undertaking a bachelor’s degree in art history from Swarthmore College in Philadelphia. Moving to New York following his graduation in 2004, the young creative applied for an internship at Marc Jacobs , despite having no previous design training, and secured a position within the design studio. In 2005, Altuzzara freelanced for Proenza Schouler before working as an apprentice for Nicolas Caito, the former head of couture at Rochas. In 2006, having secured a coveted position as first apprentice to creative director of Givenchy, Riccardo Tisci , Altuzzara relocated to Paris, spending the next two years learning essential skills in tailoring and draping.

With the help of Givenchy’s international public relations manager, Coline Choay, and seed funding from his father, Altuzzara launched his label in New York, debuting at the Milk MADE fashion week event during New York Fashion Week in 2009. The designer has since been stocked in stores such as Barneys New York, Lane Crawford, Colette and on Net-a-Porter.

Receiving his first accolade in the form of the Ecco Domani award in January 2010, the burgeoning designer has since been awarded Fashion Group International’s ‘Rising Star of the Year’ award, the CFDA/Vogue Fashion Fund award in 2011 and the CFDA Swarovksi Award for Womenswear Design in 2012. In July 2013 Altuzzara was named as the winner of the US Woolmark Prize and in early September sold a minority interest of his label to French luxury conglomerate Kering. 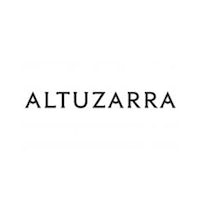 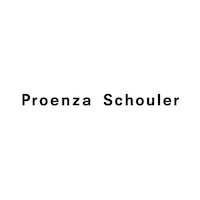 Designers Lobby to ‘Fix’ the Fashion System. Will It Work?