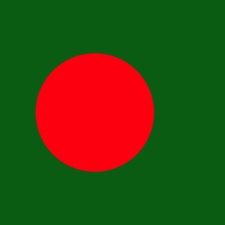 The former child garment factory-worker is an influential activist figurehead defending workers’ rights in Bangladesh and beyond.

As the founder and executive director of the Bangladesh Centre for Worker Solidarity (BCWS), Kalpona Akter campaigns for worker safety, fair wages and the right to labour unions. She has been a key player in urging Western brands to sign on to the Bangladesh Safety Accord following the Rana Plaza collapse in 2013, and her US Congress testimony helped frame legislation against slave-labour conditions for clothing.

She began working at garment factories in her native Bangladesh aged 12, and since 2000 has devoted herself to trade unions and activism for textile and garment workers in the country. Akter has been instrumental in engaging stakeholders, from UN Agencies to fast-fashion brands like Inditex and H&M, to demand respect for garment workers. Along with Human Rights Watch, she conducts investigations and analysis. She also helps to ensure worker groups’ involvement in the European Union’s Sustainability Compact, designed to improve labour standards and worker safety in Bangladesh.

Throughout her career, Akter has been targeted by the Bangladeshi government and factory owners, who have pressed charges against BCWS and forced government de-registration of the group. While international pressure has helped lessen the dangers, in 2012 unknown assailants abducted, tortured and killed Akter’s colleague and labour union organiser Aminul Islam.

The BoF Professional Summit Wrap-Up: How to Build a Responsible Fashion Business

Tune In to The BoF Professional Summit Broadcasting Live

It’s Time for Fashion to Clean Up Its Act. Please Join Us.