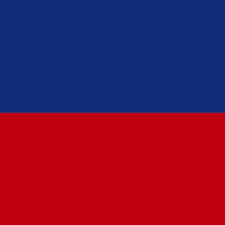 The Haitian-American designer’s brand engages with the past, present and future of the black American experience through personal storytelling and provocative showmanship.

Kerby Jean-Raymond is the founder and creative director of New York-based label Pyer Moss, which continues to evolve its narrative from nostalgic themes to social commentary. Through the platform of Pyer Moss, Jean-Raymond aims to engage with the past present and future of the black American experience through personal storytelling and provocative showmanship.

The Haitian-American designer went to the High School of Fashion Industries in New York between 2000 and 2004, and interned at Marchesa and Theory, before attending Hofstra University. He graduated with a BA in business administration in 2008. Jean-Raymond also went to Brooklyn Law School but dropped out after a semester.

Jean-Raymond began his design career freelancing for the likes of Theory, Marc Jacobs , Badgley Mischka and Kenneth Cole before founding Pyer Moss in 2013. The brand came into prominence during the Spring/Summer 2016 season, when its show highlighted police brutality, referencing the Black Lives Matter movement through use of video, street art and fashion. In 2018, the label collaborated on a collection with Reebok named Reebok by Pyer Moss as part of its newly announced partnership with the footwear giant.

In March 2018, Pyer Moss was nominated for the CFDA’s Swarovski Award for Emerging Talent for its Autumn/Winter 2018 collection, which debuted to critical acclaim. In 2018, the label won the CFDA/Vogue Fashion Fund. In December 2018, he also won Collaboration of the Year at the Footwear News Achievement Awards for his work with Reebok.