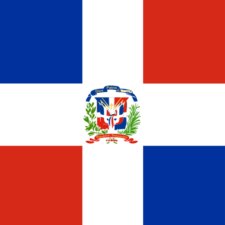 The creative duo behind Monse were tapped to helm legacy brand Oscar de la Renta in 2016.

Garcia studied architecture at the University of Notre Dame; after graduating, he moved to New York to intern at Oscar de la Renta. He quickly climbed the ranks, earning the title of senior designer within six years. Kim graduated with a BFA from Pratt in 2004, and had worked at the New York-based house from 2003, eventually serving as design director.

In May 2015 the duo departed Oscar de la Renta to launch Monse, the buzzed-about brand that very quickly gained celebrity, editorial and commercial steam after its Spring/Summer 2016 debut, with supporters including stylist Kate Young and red-carpet favourites such as Sarah Jessica Parker and Margot Robbie. Today, the brand is stocked at a number of high-profile boutiques and department stores worldwide, including Bergdorf Goodman, Net-a-Porter, Selfridges, Lane Crawford and Moda Operandi.

In February 2016, Kim also began working for Carolina Herrera as senior vice president of design, while Garcia was hired by the same brand as a consultant. However, this spell working for the Oscar de la Renta-rival house ended relatively swiftly, and in September 2016 they were appointed co-creative directors of Oscar de la Renta, replacing Peter Copping who exited the brand mid-July. The designers are responsible for the ready-to-wear, accessories, bridal and children’s collections, and work on these in tandem with their own label.

Their debut collection for the house as co-creative directors was Autumn/Winter 2017. In a daring move, Kim, Garcia and Oscar de la Renta chief executive Alex Bolen made the decision to show the legacy brand and Monse collections back-to-back, without a break, during a single runway show.

In 2016 the pair were nominated for a CFDA Swarovski award in the womenswear category.