After more than a decade teaching designers like the ‘Antwerp Six’ at the city’s Royal Academy, she revived the curriculum at Polimoda, before transitioning to the realm of consulting.

Along with founding the Flanders Fashion Institute and the ModeNatie forum in Belgium, Linda Loppa, one of the most recognised figures in international fashion education, spent over 25 years as head of the fashion department at the Royal Academy of Fine Arts in Antwerp. Today, she extends her expertise to the industry, serving as a consultant with over 45 years of experience in fashion.

Often mentioned in conjunction with the ‘Antwerp Six’ and their pioneering stature within the international fashion community, Loppa is credited with having spearheaded a number of initiatives, such as Mode 2001, to help raise the profiles of the Belgian industry and in 2002, she was awarded an honorary medal by the Flemish parliament in recognition of her work. She directed the MoMu — the Fashion Museum Antwerp, between 1998 and 2006 and curated a number of exhibitions, such as Yohji Yamamoto in 2006.

Loppa first joined the Polimoda International Institute of Fashion Design & Marketing in Florence as director in 2007 and has overseen the institute’s establishment as a leading international school for design. As of 2016, she became Polimoda’s adviser of the new strategy and vision platform, based in Paris.

An alumna of the Royal Academy, Loppa initially pursued a career in design and fashion buying prior to accepting a faculty position. Following her graduation in 1971, Loppa secured a position as a designer at a local Belgian outerwear company specialising in the production of raincoats before joining her father in 1978 to launch a high-end boutique.

In 1981, Loppa began teaching at the Academy, simultaneously running her own namesake boutique where she showcased clothes from avant-garde designers such as Jean-Paul Gaultier , Helmut Lang and Claude Montana. In 1991, Loppa joined the commercial team at Dries Van Noten , helping the young label with its distribution and marketing.

In 2016, Loppa founded Linda Loppa Factory, a studio promoting art, culture and education. In 2018, she was awarded an honorary doctorate by the University of the Arts London. In 2021, she authored and published "The New Fashion Container Project," a book about how fashion can become a global healthy industry and reset and redesign to become more environmentally conscious. 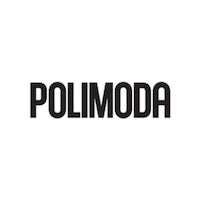 At Polimoda, Debating the Future of the Fashion System