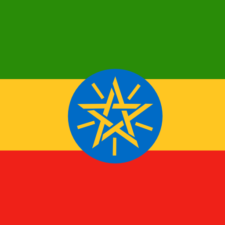 After her breakout season as Tom Ford’s exclusive for Gucci in 2000, she has covered many magazines and is an ambassador for the World Health Organisation.

A French film director spotted Liya Kebede whilst the model was still a high school student, attending the Lycée Guebre Mariam in Addis Ababa, Ethiopia. Having completed her school studies, Kebede moved to Paris to pursue a career in modelling.

Kebede established herself in Paris’ modelling scene quickly. Less than a year after her arrival in the city, she walked for Ralph Lauren and BCBG Max Azria, which led to Tom Ford selecting Kebede personally to be a Gucci exclusive for Autumn/Winter 2000 season.

Ford’s longtime collaborator Carine Roitfeld , then editor of French Vogue, awarded the model yet more prestige when she dedicated the entire May 2002 edition of the publication to Kebede — a first in the magazine’s history. In addition, the model has graced the covers of Italian, Japanese, Spanish and American Vogue, as well as i-D, Flair and Time’s Style & Design edition.

The model has appeared in campaigns for Gap, Yves Saint-Laurent, Victoria's Secret, Emanuel Ungaro, Tommy Hilfiger , Revlon, Dolce & Gabbana, Escada and Louis Vuitton and entered the record books when in 2003 she was the first black model ever to be awarded an Estée Lauder contract.

Although Kebede still models for the likes of Tom Ford, Donna Karan and Roberto Cavalli , she is now focused on philanthropic ventures. These include Lemlem, a clothing line founded to protect traditional Ethiopian weaving techniques and support women, which is sold at Barney's, J Crew, Net-a-Porter and numerous boutique shops. Kebede has also been a Goodwill Ambassador for the World Health Organisation’s Maternal, Newborn and Child health division since 2005. In 2013, Kebede was named one of Glamour's Women of the Year for her philanthropic work through her Liya Kebede Foundation.

She has two children and resides in New York.

Manufacturing in Africa Could Transform the Fashion Industry. But Who Would Benefit?

Introducing the Latest Speakers for VOICES 2019