With rich colour palettes and theatrical elements, Arora was among the first Indian designers to enter the global market.

As one of the most widely recognised Indian designers in the world, Manish Arora boasts a dedicated following and significant critical acclaim from a host of influential industry insiders. Inducted into the Chambre Syndicale du Prêt à Porter des Couturiers in 2009, Arora was also invited by the French minister for culture to exhibit his work for two months in the windows of the Palais Royal in Paris.

The celebrated designer, who oversees the production of three in-house labels alongside an eyewear range, was appointed as creative director of French fashion house Paco Rabanne in early 2011. After presenting his inaugural collection for Spring/Summer 2012, Arora left the position in May 2012 to focus on growing his own business and in November that same year announced a joint venture arrangement with retailer Biba Apparel to extend the brand’s operations in India.

Arora initially studied for degree in commerce, before deciding to apply for a position in the National Institute of Fashion Technology in New Delhi halfway through his studies. Graduating in 1994 with a "Best Student Award," Arora went on to secure second place in a Smirnoff Fashion Competition and in 1995 was awarded second place in the Young Asian Designers competition. With a bold and colourful design aesthetic, Arora caught the eye of editors at French Vogue.

Arora launched his namesake collection instead in 1997. In 2000 the designer participated in the inaugural India Fashion Week and shortly after, in 2001, launched Manish Arora Fish Fry, a diffusion collection of sportswear. In 2002, Arora opened his first Fish Fry flagship in New Delhi, marking a significant period of expansion that saw the designer launch several more boutiques around India and secure his first international stockist deal with Parisian boutique Maria Luisa.

The quirky designer has collaborated on a number of creative partnerships with brands such as MAC Cosmetics, Swatch, Mercedes Benz and Swarovski Elements. His long-running collaboration sportswear brand Reebok, established in 2004, has resulted in a series of successful Fat Fish for Reebok collections with as well as dedicated store opening in New Delhi in 2007.

Arora also began participating in several international fashion weeks, such as Miami Fashion Week in 2005 followed by a turn at London Fashion Week. Both presentations garnered positive review for the Indian designer and in London, Arora was selected to exhibit work in the Victoria & Albert Museum in London. In 2007 Arora was invited to stage his first catwalk show at Paris Fashion Week, where the designer still presents his biannual Manish Arora Paris collections. 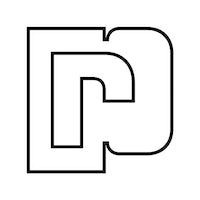