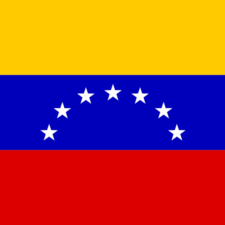 The late legendary buyer was renowned for her alternative, elegant taste, honed in her famous Parisian boutique, which was later incorporated into department store Printemps.

Maria Luisa Poumaillou went from owning one of the most influential fashion boutiques in Paris to transforming venerable department store Printemps into a serious fashion destination, along the way enabling the careers of some of the greatest names in fashion. The internationally renowned buyer was well on her way to conquering the Chinese market with a slew of new stores and her own fashion brand when she sadly died on April 7, 2015.

Born in Venezuela, Poumaillou grew up attending Saint Laurent couture shows — her mother was a client — and she got married to her first husband in a dress custom-made by Pierre Balmain, a friend of the family. Universally known as Maria Luisa, she first made her name in the late 1980s when she launched one the most important fashion boutiques in the world — eponymously named Maria Luisa — on the Rue Cambon in Paris. This was later followed by several offshoots around Paris.

Poumaillou pioneered the high-low mix that is the norm today and was often at hand, helping her customers select among the pieces she had curated from both established designers and young, unknown talents. For a time in the 1990s, Maria Luisa was one of the few places where one could find the designs of Jean Paul Gaultier and Helmut Lang. Unsurprisingly, the original Rue Cambon boutique became a destination for fashion pilgrims from around the world.

The store thrived from the mid- to late 1990s, but Poumaillou always ran it instinctively, without much of a business plan. As the rise of the large luxury groups began to reshape the dynamics of the retail landscape, Poumaillou realised it would soon become very difficult to survive as an independent retailer. Luckily, a new employer soon came calling: historic department store Printemps.

Her role at the department store entailed a number of functions. She continued to run and stock a boutique, the Maria Luisa shop-in-shop on the second floor of Printemps Haussmann. But, additionally, in her role as fashion editor for the store at large, Poumaillou worked closely in a consulting capacity with Printemps’ marketing and press department and advised the store’s fashion department on buying and merchandising decisions.

“One of the most emotional moments I’ve had in my career is when we changed everything, closed down and went to Printemps," Poumaillou told BoF. "When we opened the [Maria Luisa] shop-in-shop, we had a party and Nicolas Ghesquière, Rick Owens, the Proenza Schouler designers, Kane, Roland Mouret — they all showed up. I knew it was their way of saying thank you. I had goosebumps. It is the only day in my life that I’ve had goosebumps.”

In the later stages of her life, Poumaillou’s sphere of influence would extend even further: from the Internet, where she had a shop-in-shop on the website The Corner, to China, where, in partnership with the Hong Kong-based Mazly Fashion Group, she was set to open up to 40 stores with the Maria Luisa name. Alongside high-end stores in major cities like Shanghai, Maria Luisa boutiques with a more accessibly-priced mix of brands were planned for China’s second- and third-tier cities.

“You’re only good at what you really love. So, be true to yourself. Be daring and keep a very open mind,” Poumaillou told BoF.