Under their leadership, Depop has established itself not only as a successful peer-to-peer clothing resale app, but also a cultural force for trend creation and young creativity.

Simon Beckerman and Maria Raga are the founder and chief executive respectively of Depop, a social commerce app for peer-to-peer resale of clothes and accessories that has become wildly popular with Gen-Z consumers. Widely referred to as a cross between Instagram and eBay, Depop’s model as a curated resale platform speaks to the entrepreneurial, cost-savvy and environmentally conscious values of Gen-Z consumers; as of 2019, 90 percent of its active users were under the age of 26.

Originally born in Italy, Beckerman founded Depop in 2011, the second of his business ventures after starting a glasses brand with his brother in 2006, and Pig magazine in the 1990s. He stepped down as CEO in 2013 and joined Depop’s board where he contributed to many areas of Depop such as product and brand.

Born in the Spanish city of Valencia, Raga graduated from the University of Valencia with a degree in Business Administration before moving to Boston to become a research associate at Harvard Business school. She then went to Bain & Company, working as a management consultant for five years, obtained an MBA from INSEAD, and led business development at private sales company Privalia. In 2010, Raga moved to London and worked on the founding team of MyCityDeal, which was later acquired by Groupon, and in 2014 joined Depop as vice president of operations, going on to become chief executive of the company in early 2016.

One of Raga’s first big decisions at the helm of the company was to bring the founder back to help articulate Depop’s brand and strategic vision. The company has since doubled down on its “social-first” strategy through events, physical stores and its “Top Seller” curation programme.

Depop has capitalised on its “social-first” ethos through in-person events, such as a market in Hackney, London, and Depop Live NY — a series of talks and workshops in June 2019. Similarly, the platform’s Top Sellers programme (similar to YouTube Creators) has created entrepreneurs who are able to monetise their influence, with some earning as much as $100,000 a year selling curated pieces through the app.

Thanks to the start-up’s high growth, expansion to the United States and strong demographic of young sellers and buyers, Depop has become a force for disruption in the fashion industry by creating trends and data for trend forecasting, alongside the re-popularisation of vintage pieces. “Our mission is to redefine the fashion industry in the same way that Spotify did with music, or Airbnb did with travel accommodation,” Raga said in an interview with TechCrunch.

In June 2019, the company raised $62 million in a series C funding round led by General Atlantic and including previous investors such as Octopus Ventures and Klarna founder and CEO Sebastian Siemiatkowski. 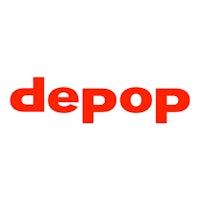