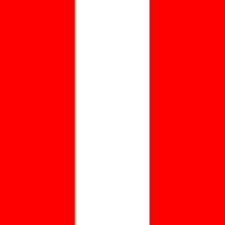 The Peruvian lensman got his start at youth culture title Dazed & Confused and became known for his black and white nudes.

Peruvian fashion photographer Mariano Vivanco regularly shoots for many of the most prestigious international publications. Vivanco has contributed to Dazed & Confused, Vogue Hommes James, Numéro, Numéro Homme, i-D, Hercules, Electric Youth, Details, GQ Italy, GQ Spain, Man About Town, Wonderland, Allure, Elle, as well as the American, Russian, Spanish, Turkish, Japanese and Greek editions of Vogue. In 2015, Vivanco was invited by Condé Nast to be part of its "Vogue: Like a Painting" exhibition, held in Madrid's Thyseen-Bornemisza Museum. Over the course of his career, the photographer has published several books, most recently an edition of nudes titled "Personal Project."

Vivanco got his start in the fashion industry by shooting models’ book portraits in London. After numerous shots, he began to build a name for himself in the London fashion scene, which led to work with Dazed & Confused. While working for Dazed & Confused, Vivanco met stylist Nicola Formichetti , who would become a longtime collaborator. Vivanco’s editorial work is consistently classically composed and often shot in black and white. His portraits, groups and nudes, are elegantly rendered examples of classic photography in purist form.

The National Portrait Gallery in London displays three of his works: a portrait of a young Lily Cole, a shot of Formichetti, and an image of the choreographer Rafael Bonachela, commissioned for i-D Magazine in 2004.

In addition to his photography Vivanco has branched out into film, shooting videos for Dolce & Gabbana, Cesare Paciotti and Pull & Bear. He created a video piece for the Thierry Mugler menswear show in January 2011 featuring Rick Genest, known as "Zombie Boy." In 2019 alone, Vivanco has shot for Harper's Bazaar, Vanity Fair and GQ China, among others, and has lensed south Sudanese breakout model, Aweng Chuol for The Financial Times' How to Spend It Magazine.