Having joined the sportswear giant in 1979, the chairman still participates in the design and innovation process and has a personal interest in emerging culture.

Mark Parker became chairman, president and chief executive of Nike after co-founder Phil Knight stepped down from the role in 2016.

Prior to becoming chairman, Parker has been instrumental in Nike’s annual revenue growth since joining the company in 1979. Since taking on the role of as chief executive in 2006, profits have increased 57 percent and Nike’s market cap has more than doubled. The success of Nike stems from how well Parker has embraced innovation and prioritised design.

Parker has overseen the sportswear giant's emergence into the fashion industry’s orbit. Parker has successfully appealed to the street style generation with what have become best-selling products, most notably Nike’s Free Runs, Air Max and Fly Knit product lines. Fast Company named Parker the Most Creative Chief Executive in 2012. In 2015, he was named Fortune’s Business Person of the Year.

He is one of three members of HTM, a three-person design collaboration, alongside designer Tinker Hatfield and creative consultant Hiroshi Fujiwara, that functions as Nike’s core R&D team. HTM is an unusual collaboration: it resides within a more than $30 billion dollar company yet it operates without deadlines or budget constraints and is guided solely by the interests of its three members. Since HTM's formation in 2002, the trio has launched over 30 limited-edition shoes.

Parker’s ability to market Nike’s brand through its design sensibility, as well as its products’ functionality, stems from his personal experience as a member of the company’s design team. Having graduated from Penn State University in 1977, with a degree in Political Science, Parker joined Nike in 1979 as a footwear designer based in its research and design facility in Exeter, New Hampshire.

Parker continues to contribute to the company’s design processes and Nike’s lasting legacy. 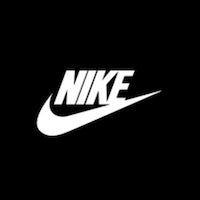 Op-Ed | The Retail Apocalypse Confronts a New Crop of CEOs