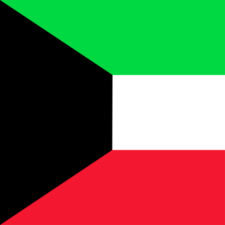 A name synonymous with retail in the Gulf region, he has opened stores for Western retail brands like H&M and Topshop and holds the license for Harvey Nichols in Kuwait.

As executive chairman of the retail division of the Alshaya Group, a multi-division conglomerate based in Kuwait, Mohammad Alshaya oversees one of the largest retail distribution businesses in the Gulf, North Africa and Eastern European regions. Operated through M.H. Alshaya Co, the group holds the exclusive franchise agreements with high-street brands such as Topshop, Topman, Warehouse, Coast, Oasis, COS and Victoria’s Secret, as well as numerous restaurant and lifestyle chains. In January 2012, the group expanded its activities to the United Kingdom, purchasing sixty outlets of lingerie chain La Senza and in 2013 announced a joint agreement with the owners of Doha Festival City, a luxury shopping complex located in Qatar’s capital city, to operate more than fifty stores on completion of its construction.

Alshaya began his career in retail with a three month work placement with UK-based chain store Mothercare in the late 70s. The young executive joined the Alshaya group on his return to Kuwait in 1980, putting his experience with Mothercare into use by developing the M.H. Alshaya retail division. In 1983 Alshaya secured the group’s first franchise agreement with Mothercare, steadily increasing the group’s portfolio to a current count of over seventy different brands.

Alongside being listed as one of the "Top 100 Powerful Arabs" in 2013 by Gulf Business, Alshaya has been awarded the accolade of "Business Man of the Year" by the Arabian Business Awards in both 2011 and 2012. He was also named one of the "GCC 100 Inspiring Leaders 2019" by Arabian Business. In June 2013 he received honours from the "Kuwait Says Thank You" campaign as one of the leading innovative executives within the country. The retail mogul has also been awarded an honorary CBE by the British Queen, in recognition of his role in strengthening Arab-British relations.

The Family Firms Ruling Fashion in the Gulf States