The highly experimental photographer launched pioneering fashion website SHOWstudio and was one of the early adopters of digital fashion film.

Nick Knight is the groundbreaking fashion imagemaker and director of SHOWstudio, a pioneering fashion website created “based on the belief that showing the entire creative process, from conception to completion is beneficial for the artist, the audience and the art itself.” Knight was one of the first and most high profile imagemakers to adopt digital film as a medium for showing fashion.

His first book of photographs, "Skinheads," was published in 1982, whilst a student at Bournemouth and Poole College of Art and Design. He was then commissioned by i-D editor Terry Jones to create a series of 100 portraits for the magazine's fifth anniversary issue.

As a result of those black-and-white portraits, his work caught the attention of art director Marc Ascoli, who commissioned Knight to shoot the 1986 catalogue of avant-garde Japanese designer Yohji Yamamoto in collaboration with renowned graphic designer Peter Saville .

Editorially Knight has been decorated for his editorial work for Vogue, Dazed & Confused, i-D, The Face, W, Another Magazine, Arena Homme + and Visionaire and the 2004 edition of the Pirelli Calendar.

Nick Knight directed back in 2001 his first music video ever, the controversial Pagan Poetry video Björk. In 2011, he directed the video for Lady Gaga's single "Born This Way."

Knight's work has been exhibited at such international art institutions as the Victoria & Albert Museum, Saatchi Gallery, the Photographers' Gallery and Hayward Gallery. In 1993, he also produced a permanent installation, Plant Power, for the Natural History Museum in London. The photographer has produced "Nicknight" (1994), a twelve year retrospective, and "Flora" (1997), a series of flower pictures, both published by Schirmer Mosel.

Knight was appointed Officer of the Order of the British Empire (OBE) in 2010. He currently lives with his wife, Charlotte and three children, Emily, Ella and Calum in London. 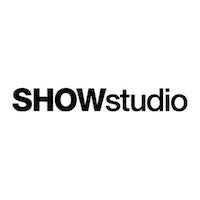 Bournemouth and Poole College of Art and Design

The BoF Podcast: Gareth Pugh on Returning to Fashion in Extraordinary Times