Based on playful but high-performance swimwear, the Australian siblings built a label that now shows at New York Fashion Week.

Australian sisters Nicky and Simone Zimmermann founded their eponymous label in Sydney in 1991. Zimmermann has since become a beloved fashion and lifestyle brand known for its resortwear.

Nicky Zimmerman attended the acclaimed design school at East Sydney in 1990. Upon graduation Nicky began making clothes in her parent’s garage to sell at clothes markets on the weekend.

The markets were an opportunity for Nicky to refine her aesthetic and to see first-hand how women responded to fashion. “While working the markets, I had two pages of editorial in Australian Vogue. That was a significant moment because I suddenly started to receive orders from boutiques around Australia and I could feel some real momentum. Soon after I opened a small store in Darlinghurst,” said Nicky.

It was at this time that Nicky’s sister Simone joined her, and together they formed their brand. “I could never have achieved what we have without Simone. While the business has evolved and fashion has changed, Simone has been a voice of reason and a constant.”

The Zimmerman line began as ready-to-wear, however the sisters swiftly added a swimwear component. It proved to be a commercially savvy move, the sister’s take on swimwear and elegant daywear enhanced their burgeoning profile which, decades on, shows little signs of abating.

Today, the brand has numerous directly owned and operated boutiques in Australia, as well as international flagships in Beverly Hills, New York and London. In addition, the label has an impressive roster of stockists, including Barneys New York, Saks Fifth Avenue, Bloomingdales, Harrods, Harvey Nichols, David Jones and independent boutiques around the world. Zimmermann is also stocked on the world’s premier online stores such as Net-a-Porter and MatchesFashion.

As The Sydney Morning Herald put it, “If Sydney was personified, she’d be bronzed, brazen and wearing a Zimmermann bikini, so synonymous has the sunny label become with Australian style.” 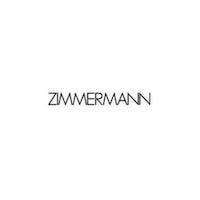 Join Us Next Week for BoF VOICES in Sydney, Australia