The designer who brought Balenciaga to the cutting edge is now breathing new life into heritage brand Louis Vuitton.

One of the most forward-thinking fashion designers in the world, Nicolas Ghesquière took the reins as the new artistic director of women’s collections at Louis Vuitton in 2013. Ghesquière's was believed to have been appointed to re-energise and re-elevate Louis Vuitton’s fashion offering, restoring the brand's high luxury cachet, which had suffered in recent seasons — a task he has largely succeeded in. Ghesquière's sharp aesthetic and innovative craftsmanship at Vuitton has placed the label squarely at the forefront of the industry.

Prior to joining Vuitton, Ghesquière spent a total of 15 years at Balenciaga, a once ailing womenswear house which he transformed into one of the most forward-thinking luxury brands in the world (and the most exclusive and sought-after ticket at Paris Fashion Week) with his complex vision, sculptural tailoring and use of ultra-modern fabrics.

Raised in the small town of Loudun in western France, Ghesquière announced at the age of 12 that he wanted to be a designer, though he admits this was partly from an adolescent desire to do something different from his parents and to alleviate boredom. At 14, he got an internship with French designer Agnès B for which he was paid in clothes.

He worked from 1990 to 1992 as an assistant to designer Jean-Paul Gaultier . He then worked at Pôles, designing their knitwear line followed by a series of assignments with different companies including the Italian house of Callaghan. Prior to his appointment as Balenciaga’s creative director (a position left vacant following the dismissal of Belgian Josephus Thimister) Ghesquière designed funeral clothes for the brand under a license for the Japan market.

In 2001, the same year that Ghesquière was named Womenswear Designer of the Year by the CFDA, the Gucci Group bought Balenciaga, a move that Ghesquière welcomed. “It is a happy relationship,” he said at the time. “It has worked because they wanted me to explain what I wanted to do with Balenciaga, not the other way around.”

Things later soured with Gucci Group’s owners PPR (now Kering) and, in November 2012, Ghesquière and PPR parted ways in what was an acrimonious separation.

On November 4, 2013, Ghesquiére was announced as Louis Vuitton's new artistic director — just weeks after Marc Jacobs had announced his retirement from the house. "Louis Vuitton has always incarnated for me the symbol of ultimate luxury, innovation and exploration," Ghesquiére said. "I am very honoured of the mission that I am entrusted with, and proud to join the history of this great maison. We share common values and a vision." 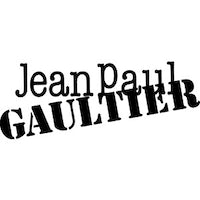