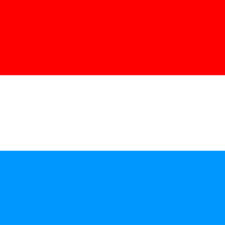 She has evolved the offering of the family’s Brussels and Luxembourg stores to include new and unusual design talent.

As buying and creative director of her family’s retail business, Pascaline Smets has helped bring its line of high-end concept stores into the international fashion arena, with her reputation for highlighting new, unusual design talent and integration with the art world.

Originally set up as a childrenswear business in 1986 by Smets’ mother, Carine — who is still head of the group — the company quickly expanded into womenswear and lifestyle. The business remains a family affair, with Smets’ father Thierry overseeing all of its financial affairs.

Under Pascaline’s direction, Smets has evolved into a well-respected, avant-garde concept store, showcasing furniture, art, fashion, accessories and food under a single roof. Today, the business includes an e-commerce site, 25 stores across Luxembourg and a 4,000-square-metre luxury flagship in Brussels, Belgium — the group’s first store outside its home country. Pascaline Smets has told press she has ambitions for further international flagships.

Smets came to the company from the University of Namur in Belgium, where she studied economics. In charge of buying for all of the stores, Smets has introduced brands like Richard Nicoll and Erdem to the Luxembourg markets — curated alongside work by the likes of Damien Hirst. Twice a year the group partners with Artcurial, a Parisian auction house, to put on an exhibition. Pascaline Smets also owns the Stems gallery in Brussels.