In 2016, Patrick Herning founded the plus-size luxury e-commerce platform 11 Honoré, which addresses the underserved luxury fashion audience sized 14 and above. The site sells ready-to-wear and contemporary brands in sizes 10 to 20 by designers such as Prabal Gurung , Brandon Maxwell , Christian Siriano, Michael Kors and Zac Posen.

Herning studied at Southern Methodist University between 1991 and 1996 before launching his career in tech. He later moved over to the e-commerce space as a director at VeriSign Payment Services, which was acquired by PayPal in 2005. A year later, Herning founded Fathom Events Strategy, a boutique agency based in LA, which was acquired by HL Group in 2010, where he became vice president of influencer marketing. In 2015, Herning founded PMH Partners, an influencer marketing consulting practice, of which he remains president.

In 2017, Herning and Kathryn Retzer, a long-time friend and former editor at Allure, Vogue and Town & Country, started 11 Honoré. The company raised a seed round led by one of Silicon Valley’s most respected retail investors: Kirsten Green, founder of Forerunner Ventures, which was an early backer of Warby Parker and Glossier. Additional investors include Upfront, Greycroft and Canvas. The company has since raised a total of $8 million.

To make it easier for brands to work with the platform, 11 Honoré offsets the costs of pattern-making and grading for some of the emerging labels on its roster. The company launched with 15 brands and increased to almost 90 brands in 2 years. Herning and Retzer also launched its editorial content, Page 11, and a pop-up in NYC in 2018. Retzer has since left the company. 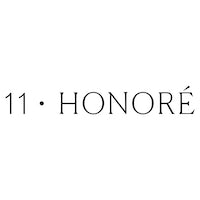