The British menswear stalwart made a name for himself with his ‘classics with a twist,’ going on to build a global brand also known for its men's and womenswear, homeware, accessories and fragrances.

Sir Paul Smith , a pillar of the London design scene and a veteran designer, has built a global British brand that now has 12 lines, including ready-to-wear for men and women, a denim line, a watch line, accessories, shoes and fragrances. He has granted a number of licenses and has collaborated with Rapha, Maharam and Cappellini.

Known for his distinctive signature multi-coloured stripes, with designs sold at flagships in London, Paris, New York, Milan and Tokyo, among over 200 other stores, Smith is widely credited for his eye-catching storefront designs and to match his vibrant aesthetic. The brand's Los Angles store, with its unmistakable bright pink façade, was dubbed “the most Instagrammed building in California" by GQ in 2019.

Smith had originally hoped to be a cyclist; his first job in the fashion industry was in a clothing warehouse in which he had no interest, the only enjoyable aspect of the job being the cycle to and from work. During a six-month stay in hospital, due to a cycling accident, Smith made new friends who, upon their recovery, introduced him to a pub which was at the time popular with art and design students. It was here that Smith decided he wanted to be part of the creative world and become a fashion designer.

With the help of his then-girlfriend, now-wife Pauline Denyer, a Royal College of Art fashion graduate, and savings of £600, Smith opened his first shop Nottingham, England in 1970, stocking established brands alongside his own designs. In 1976 Smith debuted his first menswear collection in Paris under his namesake label.

He showed his first women's collection at London Fashion Week in 1998 and has since expanded into denim, footwear, accessories, fragrance, childrenswear and homeware. Now a global business, Paul Smith is sold in over 70 countries and 3,000 retail doors.

In 2020, the brand celebrated its 50th anniversary, marked by the release of "Paul Smith," a book of 50 objects that have inspired the designer, and launch of Paul Smith’s Foundation, an online archive of the best advice Smith has given and received over the decades, aimed at helping young creatives. 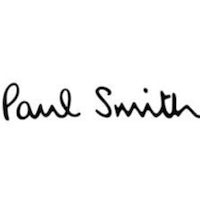 The BoF Podcast: Paul Smith on the Past 50 Years

At Cegid, Unifying the Shopping Experience Across Touchpoints