After shuttering his namesake womenswear line in 2015, the Brazilian designer returned in 2018 with lauded gender-fluid label, Zilver.

With the debut of his first ready-to-wear collection at Paris Fashion Week in 2010, Brazilian designer Pedro Lourenço sealed his reputation as one of fashion’s most talented young creatives. With his namesake label, Lourenço was producing two international collections a year alongside two capsule collections for the Brazilian market.

Receiving instant critical acclaim for his contemporary design aesthetic and strong creative identity, the then 19-year-old Lourenço’s collection proved a hit with industry insiders such as Carine Roitfield and Hilary Alexander, and drew early comparisons to Nicholas Ghesquière for his clean, architectural style. However, in 2015, the brand shut down — Lourenço told BoF in 2018 he found womenswear "quite restricting."

In January 2016, Lourenço became the first-ever creative director of La Perla but abruptly exited the lingerie brand after only six months in the job. In 2018, the designer returned with Zilver, a genderless label that integrates streetwear and high fashion. Zilver's first collection debuted during London Fashion Week in September 2018.

The son of prominent Brazilian designers Reinaldo Lourenço and Gloria Coelho, Lourenço’s formative years were spent learning design and pattern techniques at his parents studios. Working intermittently for his mother’s diffusion line Carlota Joakina, Lourenço completed his first full collection at the age of 12 and showcased at Sao Paulo Fashion week in 2002. Briefly attending Studio Bercot in Paris in 2008, Lourenço added to his experience with positions at Lanvin and Giambattista Valli, before launching his namesake brand.

He has collaborated with Brazilian shoe designer Melissa on a capsule shoe collection in 2012, and in March 2013 released an accessories range for Swarovski. 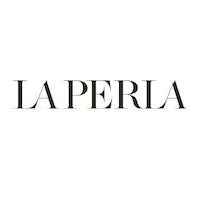