The fashion publicist is known for his assertiveness and being fiercely protective of clients, who are often up-and-comers.

A leading fashion publicist and founder of the prominent PR Consulting agency, Pierre Rougier represents an elite list of luxury and lifestyle brands, with partner Sylvie Piquet Damesme. Headquartered in New York, partner Nathalie Ours runs an office in Paris and in July 2013, the company opened a branch in Los Angeles headed by former Balenciaga publicist Laurence Goldberg.

A former political science student from Bordeaux, France, Rougier moved to Paris in the late 1970s, where he landed a public relations job working for Hermès, Yohji Yamamoto and Margiela. He moved to New York in 1993 where he was appointed communications director at Onward Kashiyama, a Japanese apparel brand that also represented Helmut Lang and Alexander McQueen . Rougier launched PR Consulting in 1997, representing the then-relatively unknown Narciso Rodriguez , followed by Balenciaga.

Along with high profile clients such as Christopher Kane , Raf Simons , Christian Dior, Louis Vuitton and Versace, PR Consulting also represents corporate clients such as Forever 21. Noted as having a keen eye for talented young labels, Rougier is noted for his support of several burgeoning labels and is credited as an instrumental figure in raising the profile of brands such as Proenza Schouler , L’Wren Scott and Hood By Air. 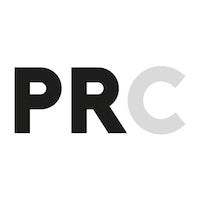 10 Tips to Break into Fashion