He has raised the visibility of one of the world’s most important fashion trade shows with initiatives like rotating guest designers.

Prior to joining Pitti Immagine in 1989, Raffaello served as Head of Personnel at Salvatore Ferragamo and as General Secretary at the Florence offices of Les Laboratoires Servie, a French-owned pharmaceutical company. A graduate of the University of Rome with a degree in law, Raffaello has completed further studies in Executive Management and Marketing at Stanford University. A prominent member within the Italian fashion community, the Italian executive has consulted for several fashion companies and in 2001 set up the Polimoda Consulting Company in collaboration with the Polimoda School of Fashion Design & Marketing.

Since his appointment as Chief Executive of Pitti Immagine, the organisation has extended its operations to include several new trade fairs including the Fragranze fair in 2004 for artisan perfumes and Taste, the fair dedicated to excellence in flavours and food lifestyle. 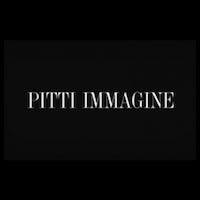 Why Men’s Fashion Shows Are Back