As head of one of Canada's most influential e-tailers, he successfully explores the nexus between content, commerce and culture through the Ssense platform.

Rami Atallah is co-founder and chief executive of Montreal-based fashion platform Ssense. The e-tailer has a global presence, on track to to hit 1 billion Canadian dollars (about $800 million) in sales in 2020. Most recently it opened a flagship in Montreal. Ssense, which seeks to merge commerce and culture, explores the connections between the two through an editorial offering that sits alongside the site’s distinct mix of luxury, streetwear and avant-garde labels which include Givenchy, Alexander Wang , Yojhi Yamamoto and Maison Martin Margiela.

Born in Syria, Atallah grew up in Damascus, emigrating to Montreal, Canada with his family at the age of 15. He originally built the Ssense platform as part of his graduate thesis for his computer engineering degree. After pinpointing the opportunity for growth within in the e-commerce market, he enlisted his brothers to help turn his part-time passion project into a fully fledged business.

Atallah cites his international upbringing and background in engineering as big influences on his business outlook. Today, 70 percent of his company workforce is millennial, while 77 percent of the Ssense audience is of that generation too. As well as further developing the site’s editorial content, which is currently under the stewardship of the site's editor-in-chief Joerg Koch , Atallah has plans to expand the business by opening an experiential retail space in the future, with the vision of collapsing the commerce-culture binary and establishing a new institutional model. In April 2018, Ssense also acquired social fashion platform Polyvore before shutting it down. 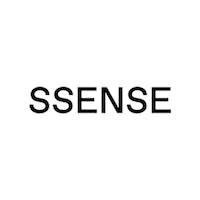