After years directing layouts for youth culture tome Dazed & Confused, he founded his agency to help develop the digital presence.

Launched in 2010, the agency’s first project, an iPad-only fashion magazine called Post and created in collaboration with photographer Sølve Sundsbø, attracted attention from industry insiders. After this auspicious beginning, the agency soon broadened its focus and now offers a range of digital creative services for the fashion, beauty and luxury sectors.

Initially focused on print media, Paringaux, who is half Japanese and half French, moved to London to pursue a graphic design course in the London College of Communication where, alongside budding photographer Matt Irwin, he produced and released five issues of a student fanzine. Having caught the eye of Nicola Formichetti , then a stylist at Dazed & Confused, Paringaux began working at the independent fashion magazine in 2005, inserting an upbeat, manga-inspired aesthetic to the creative layout.

Following an advertising collaboration with Alexander McQueen on the company’s McQ diffusion label, Paringaux re-located to Tokyo to work as art director for the newly launched Vogue Hommes Japan alongside Formichetti, before returning to London in 2011. 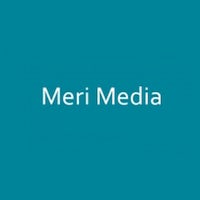