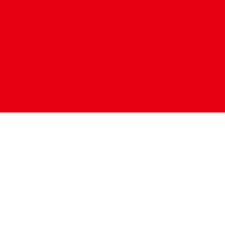 After an early career at GE Capital, she pioneered homegrown fashion publishing and in Indonesia and supported local design talent.

Svida Alisjahbana is the chief executive of the Femina Group, a leading women’s and lifestyle publishing house in Indonesia founded by her father.

Before the debut of Femina, there were few modern women’s magazines in the country; existing publications were mostly male-run and instructed on how women should serve the family. Alisjahbana’s father set up Femina and doubled as a photographer, while her aunt Mirta Kartohadiprodjo was the first editor.

Alisjahbana began her career at the Femina Group as a commercial director, responsible for working on strategic initiatives, such as branching out on multi-digital platforms, which would drive growth and set a future path for the group.

Prior to joining the Femina Group, Alisjahbana worked for GE Capital in Connecticut for five years. Alisjahbana now sits at the chair of the magazine department for the Indonesian Press Association. She has also served as member of the board of management of the International Federation of the Periodical Press (FIPP) since 2008.

Alisjahbana graduated in 1988 with a bachelors degree in Mathematics and Economics from the University of Michigan, and obtained her MBA from Columbia University in New York.

The Global Influencer Economy, Part 1: The Dangers of Playing It Safe

The ‘Made in Indonesia’ Opportunity