The German designer brought a timeless elegance and functionality to Bottega Veneta, and his own contemporary label.

In 2013, Tomas Maier signed a deal with Kering to expand his 15 year old eponymous label, with the intention of growing the advanced contemporary label. “It’s wonderful, because it allows me to finally create a broader assortment of products. My brand always suffered from not having different categories. Now I can finally have a store that is filled with products that are all designed by me. It will also allow me to expand the business on a retail level as well as on the wholesale level," said the designer.

Maier is still best known however for his creative directorship of Bottega Veneta, and his role in Bottega Veneta’s rapid rise from second tier house to the very pinnacle of luxury, taking in over $1 billion in sales annually. In June 2018, he stepped down as creative director of the brand after a 17-year tenure. Weeks later, Maier's eponymous brand also ceased operations.

For Maier, what became known as a new "stealth" approach to luxury is a matter of personal conviction. "There's never been a question about this at Bottega. It's not a trend or marketing decision for us and no one within the company would ever suggest putting our name on, say, a wallet just for the Asian market. I believe it's a lot more interesting and challenging to sign a product by the way it’s designed and by the way it’s made." The German designer was first appointed by Tom Ford in June 2001, when the company was acquired by PPR, now Kering, and integrated into its Luxury Division, formerly known as Gucci Group.

Maier presented his first collection, which consisted solely of accessories, in September 2001, just a few months following his appointment. Before embarking on a broader mission, he constituted the core values of Bottega Veneta, which he calls “the four cornerstones”: fine-quality materials, extraordinary craftsmanship, contemporary functionality, and timeless design. Maier also affirmed that Bottega Veneta would return to its logo-less, "stealth luxury" heritage, conveyed in the famous slogan: “When your own initials are enough.”

In the first two years, Bottega Veneta opened flagship stores in London, Paris, Milan, and New York, and added a small selection of women’s and men’s ready-to-wear pieces to the seasonal presentations. The first women’s ready-to-wear show took place in February 2005 and the first men’s runway show was held in June 2006.

To help preserve the traditions that define the brand, the company founded an artisan school La Scuola della Pelletteria, in Vicenza in 2006, to continue its intrecciato leather weaving technique, a fundamental of Maier’s designs and the house’s signature. 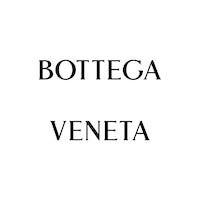