Though Salamé pursued law at university, his affinity for retail was born in travelling and importing goods, which he would later sell to friends. Finding success in his methods, he later took to bulk buying items during sales and reselling them later. Today, Salamé has licensing deals and franchise agreements with fashion’s biggest players, including, but not limited to, Céline, Gucci, Dior, Stella McCartney , Yves Saint Laurent , Fendi, Marc Jacobs , Balenciaga, Marni and Dolce and Gabbana.

With a seed fund of $5,000 the retailer opened his first store in 1989 in a warehouse, stocking clothes from the previous season. On the foundation of a post-civil war society, a devalued Lebanese pounds and little buying power among consumers, Salame saw an opportunity to expand his business into a regular model offering seasonal collections by luxury brands. Today, Aïshti carries over 150 brands, including the likes of Jimmy Choo, Burberry and Marc Jacobs .

In 2015, Salamé’s retail stronghold ballooned into a foundation, when in 2015, he opened a new mall with an integrated museum in downtown Beirut. Designed by the British architect, David Adjeye, the complex marries art and fashion, offering exhibition alongside luxury boutiques. The project also houses entertainment amenities such as restaurants, cafés and a spa. The exhibitions, curated by Cecilia Alemani who is also the director of public art for the New York City Highline,  mainly concern themselves with artistry from the Middle East. It currently represents over 300 artists, including Cindy Sherman, Laura Owens and John Baldessari. Earlier this year, Salamé announced plans for an upcoming expansion of their cultural contribution, by supporting the public education sector.

In 1999 the company opened its flagship in the re-developed downtown Beirut area. Decades later, Aïshti now employs 900 staff, operates over a combined 26,000 square meters of retail space in Lebanon, and 6,000 square meters in Jordan, Dubai and Kuwait.

Over the years, business ventures such as Salamé’s shift towards art collection and involvement with fellow art collectors such as Marc Spiegler, director of Art Basel roused media suspicion in Beirut’s  local newspapers regarding money laundering allegations. 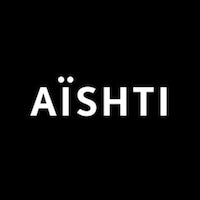 Op-Ed | Why Luxury Brands Should Still Believe in the UAE