The critically acclaimed designer has opened a buzzed-about store in Japan and is the recipient of a number of prestigious awards.

Designer Umit Benan swiftly established himself on the menswear scene following the launch of his label in 2009. He won Pitti Uomo’s prestigious ‘Who Is On Next?’ award in 2010. Benan told The New York Times, “My shows are always ironic. The men in my show are never perfect. I don’t like perfect.” Past references for his collections have included “third-generation Italians, investment bankers, retired rockers and ‘home sweet home.” The designer recently moved his show from Milan to Paris, a switch that — as he describes — has brought “more luxury, more volume, more elegance” to his work.

Praise for fashion designer Umit Benan includes that of Tim Blanks , who wrote, “There’s a brazen sensuality about his clothes that gives their wearer a reassuring amount of credit for self-confidence” in his show review for Umit Benan’s Spring/Summer 2015 collection. In 2016 he opened a much-hyped store in Japan, as well as appearing in the lineup of the country's Amazon Fashion Week.

Benan was appointed as creative director of Trussardi’s menswear and womenswear in 2011. His first womenswear collection for the house, shown in September 2011 was named one of the best of the season in the inaugural issue of Style.com/Print. Although the designer said that he had 12 collections planned when he joined the house, he parted ways with Trussardi in February 2013.

The designer is now focused on his own critically acclaimed menswear line, “It’s the first time in my life I am not planning anything. I couldn’t be any happier. I will have more energy to focus on and have fun with my own line. When the right thing comes up, and I believe in it, then I will once again be [ready] for another company,” he told BoF.

Benan is of Turkish descent but was born in Stuttgart, Germany. He spent time as a child in Istanbul, as well as attending a boarding school in Lausanne, Switzerland — all formative experiences reflected in his polyglot, unique and captivating style. 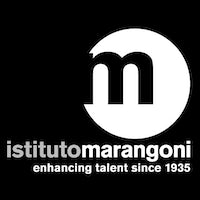 The Diverse Cultures of Istituto Marangoni