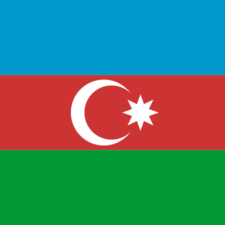 He runs one of the largest and most successful fashion retail companies in the Caucasus and Central Asia.

As the president and founder of Sinteks, Vugar Aliyev runs one of the largest and most successful fashion retail companies in the Caucasus and Central Asia region.

Founded in 1996 in Baku, the group operates more than 80 boutiques spanning fashion and jewellery, with a core focus on luxury. In addition to founding popular multi-brand concept stores that include Emporium and Bisque, the group has also partnered with many of fashion's biggest luxury brands to bring franchised stores to the former Soviet republic and its surrounding states. These include Alexander McQueen , Balenciaga, Stella McCartney , Valentino, Bulgari, Tiffany & Co. and Celine.

Emporium, the enormous multi-brand landmark in the Baku capital that opened its doors in 2005, boasts over 400 top-tier designer brands across its three floors. Storied houses like Alaïa, Balmain and Carven keep company with niche players such as Sacai and Thom Browne . The department store also has sister ventures Emporium Man and Emporium Young Fashion.

More recently, the retail mogul expanded the footprint of his luxury brand portfolio to neighbouring markets, including Georgia, Mongolia and Kazakhstan, and is rumoured to be targeting Turkmenistan and Uzbekistan next.