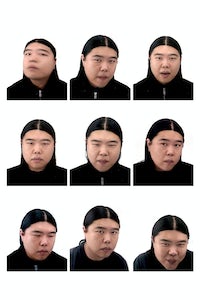 The Beijing-born Central Saint Martins alum has joined the Chinese luxury brand established by Hermès and designer Jiang Qiong Er a decade ago as its fashion creative director.

The appointment follows a deal announced last December in which the Agnelli family holding fund Exor took a majority stake in the brand. Exor, which also owns Ferrari, Italian football club Juventus and The Economist Group, invested around €80 million ($96.5 million) into Shang Xia as part of a wider push into fashion. (Hermès, which previously owned 90 percent of the brand, remains a shareholder alongside Exor and Jiang).

Li will present his first collection for Shang Xia on October 4 at Paris Fashion Week with the brand’s first-ever fashion show. Li’s eponymous label, founded in 2010 and shortlisted for the first LVMH prize in 2014, is currently “sleeping but plans to wake up,” according to the designer.

The Italian dynasty’s holding fund, Exor, will invest around €80 million ($96.5 million) to become majority owner of the luxury Chinese brand established by Hermès and designer Jiang Qiong Er a decade ago.