NEW YORK, United States — An intense feeling of deja-vu pervaded the collections at New York Fashion Week this season. Real invention requires effort — a will to experiment, openness to trial and error. Most of all, it requires time. But today's drive for fast commercial results often forces designers to take short cuts. We are living in an era of appropriation. Hence, the constant pillaging of vintage and not-so-vintage styles this week — grunge is back at least for the second time since its heyday, but as an aesthetic and cultural phenomenon it is barely twenty years old.

Fashion design, today, is, to quote Adolf Loos' brilliant metaphor, mostly about wonderful brushstrokes of varnish over nothing. But, there's a difference between reconfiguring old tropes and generally playing the whole assemblage/post-production game — think Alessandro Michele's work for Gucci — and blindly and blatantly redoing what others have done just a season or two ago. 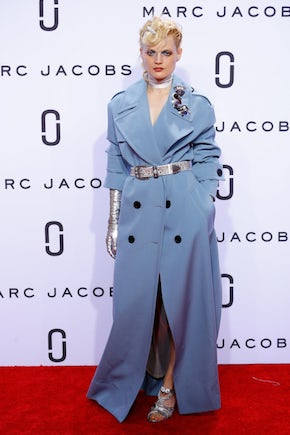 In New York, there was too much of the latter. Altuzarra's "homage" to the crinkled, textural, voluptuously womanly Prada effort of spring 2010, for instance, was so heartfelt it almost looked naive. On the other end of the spectrum, Edun's debts to Céline's raw hems, pastille buttons and ugly shoes bordered on carbon copy.

America, truth be told, has rarely been about true originality in design. New York fashion is more about a certain spirit of ease and pragmatism. As for new forms and design solutions, New York has often echoed Europe. In this sense, history keeps repeating itself. What's both striking and disconcerting about the present is the narrowing of the spectrum of "inspiration" designers are sampling.

Despite the seeming broadness of our digital present, in fact, we are living in some frighteningly narrow-minded times. And fashion is no exception. There are only three designers who are considered trendsetters today and, in fact, it is exactly these three that keep shaping the sensibility and inclinations of the whole system: Miuccia Prada, Phoebe Philo and Nicholas Ghesquière. Prada's almost dadaist subversion of the ladylike lexicon, Philo's brutal and energetic take on purism, Ghesquière's stress on craft and the modularity of a wardrobe are, each in its own way, potent expressions of our time. It is quite natural that these are the designers everyone looks up to. Their echoes are everywhere. In New York, they surfaced even on the catwalks of the few noteworthy Americans who march to their own drum. 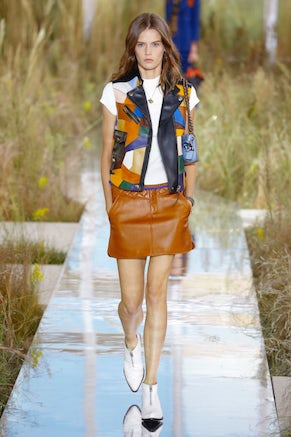 Proenza Schouler's sultry, Cuban-tinged sensual ode to clothes that peel off the body owed a lot to Céline, not least the emphasis on the shoulders as a new erogenous zone. Rodarte's newfound focus — a healthy move away from past frumpiness in favour of a liquid romanticism, not forsaking the Mulleavy sisters' love for a magpie, tactile aesthetic — gave more than a passing nod to Ghesquière's crafty but pure vision for Louis Vuitton. The same can be said of Stuart Vevers' vision of the cool prairie girl for Coach. Marc Jacob's love story with Miuccia Prada, on the other hand, has always been clearly expressed (and his spectacular show at the Ziegfeld Theatre — in which models appeared on a giant live-screen as they walked the red carpet to enter the venue — was a wonderful commentary on the merging of fashion and entertainment).

For sure Philo, Prada and Ghesquière are designers who have built extremely strong aesthetic systems and adamant design grammar. This makes their every move a boldly stylized one and thus very easy to copy. But these are also designers who conceive of fashion creation as a full-blown cultural practice — and this is not easy to attain. The copyists just keep making dresses, reducing contemporary fashion to astute product placement. The relevance of Philo, Prada and Ghesquière to today's womenswear also speaks volumes about the way the system currently works, with intense cross-pollination of ideas sown by a bunch of powerful stylists and consultants, who have collectively had a homogenising influence.

This said, fighting against the age of appropriation is pointless, not least because appropriation as creative practice can actually be extremely stimulating. But what we need is a better sense of history and more freedom of thought. Want to keep some reference points? That's wonderful. Just remember the words of Jean-Luc Godard: "It's not where you take things from, but where you take them to."