Contemporary masculinity is in flux and Pitti Uomo is a wonderfully precise barometer of what's happening, reports Angelo Flaccavento.

Contemporary masculinity is in flux and Pitti Uomo is a wonderfully precise barometer of what's happening, reports Angelo Flaccavento.

FLORENCE, Italy — Many say Italy is a country for old people. Not necessarily in terms of age, but old in the sense that, here, new approaches and points of view are regularly slowed down, if not blocked entirely, by the endless reiteration of codes and tropes that belong to bygone times. This applies to everything, from politics to fashion and style.

Indeed, the clash of old and new — with the old bludgeoning the new — was on display at this season's Pitti Uomo, the 91st edition of the trade show which closed on Thursday in Florence. On one side, there were the die-hard classicists, almost farcical in their dedication to the cause of peacocky, fussy elegance. On the other were the heralds of more realistic and easy, dare I say liquid, approaches to self-representation through clothing.

The dichotomy is not a Florentine peculiarity, and hardly as a surprise. Contemporary masculinity has been in flux over the past few years with men's fashion becoming a furiously accelerated vortex of fragments, all pointing in different directions. From arch machismo to street-savvy debauchery to progressive ambiguity, everything is possible nowadays. Which, in fact, makes those who believe that a man is only a man if he is wearing a suit sound pointlessly conservative. 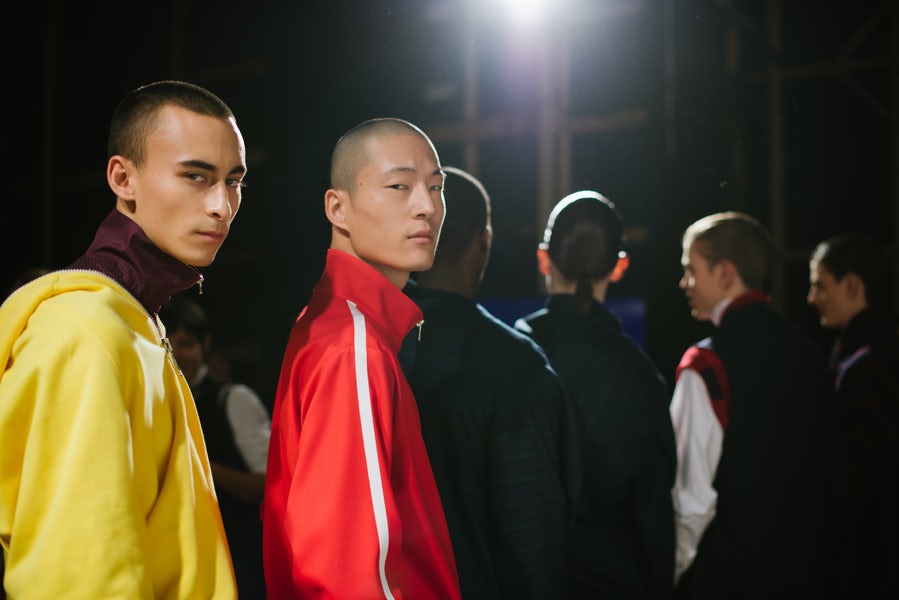 With an offer spanning a large swath of the market, Pitti Uomo is a wonderfully precise barometer of what's happening across men's fashion. And it's quite a lot. From the evolved tailoring of classic brands like Lardini, Tagliatore and Ernesto to the modular minimalism of Camo and noteworthy newcomers such as Milano140, from the democratic functionalism of Kilt Heritage to the formal informality of Altea or The Gigi, there is a bit of everything at Pitti. Each eye a path, as they say. Or, to put it in more pragmatic terms, for each audience its well-targeted product.

At Pitti, however, it's never just about the product. Eyes, in fact, can't stop popping for the fabulously peculiar specimens of humanity that crowd the fair and the streets of the city. There are, of course, the usual silly fashionistas and assorted players — self-titled influencers — who nowadays pollute fashion weeks with their ridiculous looks.

There is something engaging and even uplifting in pieces charged with the uncontrived flair of randomness.

Pitti is best known for breeding a peculiar brand of peacock: an incredibly vain crowd of men, grouped in gangs of wannabe dandies and dapper gents who all look the same, decked in tailored suits so skinny and moulded to the body to resemble body paint, moustaches starched, beards coiffed, accessorised to the nth degree.

Well, these men, mere impersonators, are exactly what, right now, looks old — terribly old — about Pitti. By trying so very hard, they seem to be totally out of sync with times which are getting, at least in aesthetic terms, breezier and easier; more natural and less made-up. 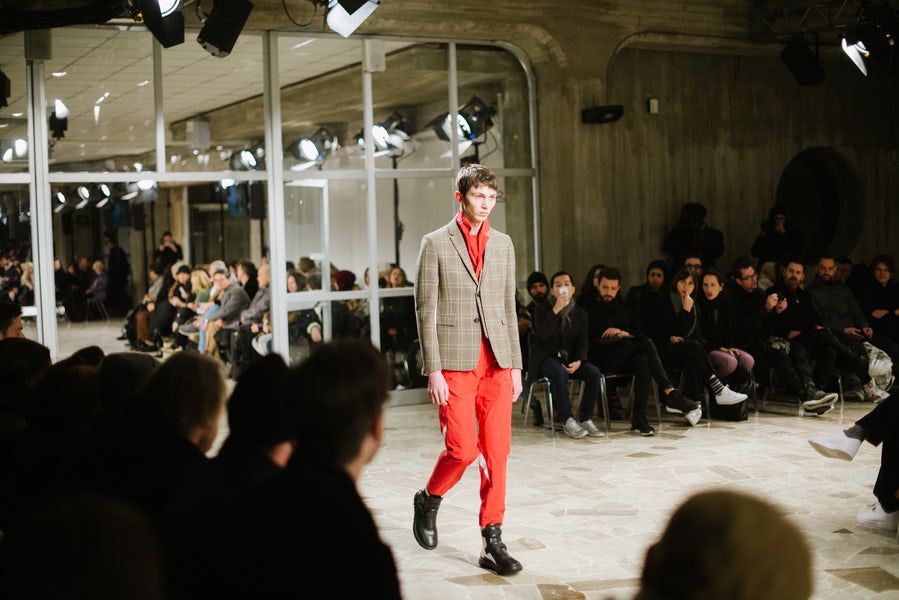 It's something that the shows organised around Pitti strongly underlined. Indeed, this season there was a lot of effortlessness on the catwalks, from Sansovino 6's wonderfully slouchy knitted wardrobe to Sulvam's brutally refined, slashed street-worthy tailoring; from Lucio Vanotti's Masai-meets-lounge lizard reductionist fantasy to Tim Coppens' post-apocalyptic neverending fun. Some of these visions were not groundbreaking. Coppens, in particular, owed too much of a debt to the Goshas and Rafs that have been defining the zeitgeist. But what they all had in common was spontaneity, translated into looks that could seamlessly walk from catwalk to sidewalk, and vice versa.

Some might object, of course. Even effortlessness requires effort, even more so if fashion is involved. This is certainly true. Yet, there is something engaging and even uplifting in pieces charged with the uncontrived flair of randomness.

It was refreshing to see suits suited for skiing sprees and coats that truly had function and elegance.

Compared to the breezy attitude of the Pitti shows, Stefano Ricci's celebration of the label's 45th anniversary in the gilded splendour of La Sala Bianca of Palazzo Pitti (the place where Giambattista Giorgini gave birth to the idea of Italian fashion in 1951) resembled a perfectly cooked meal that left you a bit stuffed. Ricci, who caters to the needs of the uber-rich with ultra-expensive items that scream status, is one of those designers who believe men are men only in a suit. He makes concessions with a few cashmere tracksuits and crocodile blousons, and dresses little kids accordingly. The sartorial execution is impeccable and the materials are superb, yet there is something contrived and constrictive about the formula.

Not to mention, of course, the key problem: is elegance about expensive items or about a certain attitude? Ciro Paone, the inventor of Kiton, a bastion of Neapolitan tailoring, whom Pitti Immagine commended with a lifetime achievement prize and a celebration, was famously inclined towards the latter. Kiton's featherweight tailoring is infinitely more personal, and elegant, than the finely-engineered suits Ricci sent down the catwalk, yet just as classic and traditional. 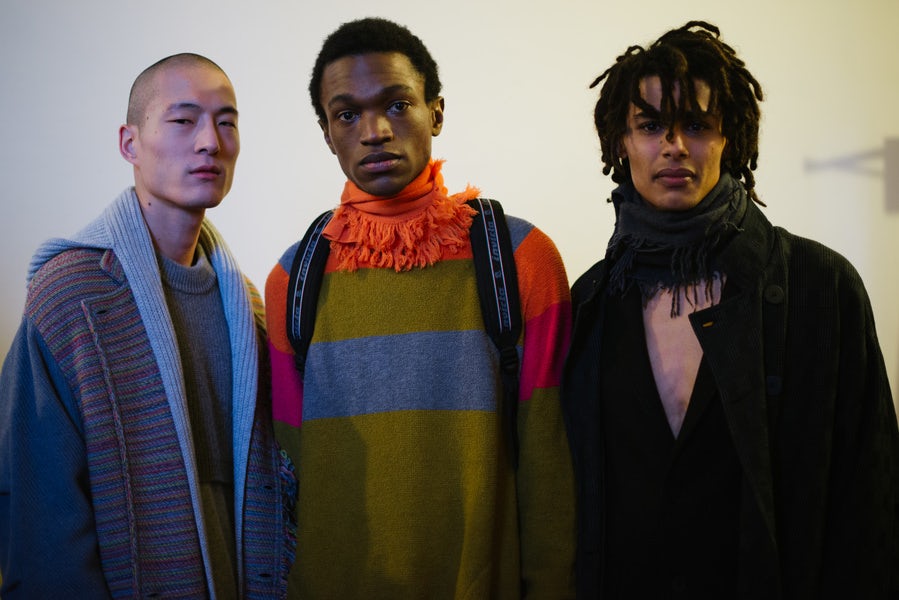 Which brings us to a final reflection. Effortlessness and its opposite notwithstanding, keeping traditions — sartorial traditions, that is — is actually a good thing, even in these faster and faster times. It's using them as a shield against change that does not work. Sulvam's frayed tailoring, in this respect, felt as exquisitely crafted as bespoke, yet it exuded a fiercely modern edge.

And the same can happen with no need to delve into the avant garde. With its merging of dynamism and tailoring, Z Zegna, now back under the creative direction of Alessandro Sartori, succeeded as a truly progressive take on the deeply Italian matters of dressing properly and keeping up appearances. It was refreshing to see suits suited for skiing sprees and coats that truly had function and elegance. But what was truly uplifting was witnessing such a non-classical approach at a temple of classicism such as Zegna, all of it masterminded by Sartori, a relatively young — at least by local standards — Italian.

All things considered, Italy remains a country for old people, that's for sure. But there is hope.