2019 Ends on a Positive Note For Luxury

Luxury investment throughout 2019 often felt like a game of musical chairs, but the year ended on a positive note, with an overall yearly gain of 44 percent for the Savigny Luxury Index.

LONDON, United Kingdom — The countdown to La Samaritaine’s re-opening has begun: after spending €750 million on renovations, LVMH will unveil the 70,000 square meter landmark department store in time for its 150th birthday this year. The building will house a T Galleria by DFS (the second such downtown duty-free store concept by the company in Europe) alongside a 76-room hotel, office space for LVMH, apartments and a nursery.

While it is too early to judge Christmas trading results, Tiffany & Co. has given investors reason to be reassured by announcing an uplift in both domestic market sales as well as in China over the Christmas period. That contrasts with the softening that took place during its first-quarter ending October 2019. Adding to this, a recent report by Euromonitor estimates luxury goods sales in mainland China will increase by 14 percent in 2019 and 11 percent in 2020. It seems that rising concerns about a slowdown in China's economy, its ongoing trade war with the United States, as well as worries about a full-blown recession globally, have not affected Chinese consumers’ appetite for luxury purchases. Much of this growth is underpinned by younger consumers, flush with disposable income and a positive outlook, as well as by the growing presence of major luxury brands in China, both in terms of physical stores and online channels.

In a counter-intuitive move, Swiss competition watchdog WEKO has announced curbs on Swatch Group’s ability to supply mechanical watch components to industry rivals, excluding small to medium-sized operators. This is aimed at preventing Swatch from flooding the market with movements ahead of the final stage of WEKO’s review of the group’s alleged monopoly position, due to come to a head in mid-2020. Swatch’s virtual monopoly in watch movements has been a thorn in the side of the luxury watch sector for many years. Swatch is reportedly gearing up its legal team as tension mounts.

The Savigny Luxury Index (“SLI”) ended December 2 percent up, belying an impressive yearly gain of 44 percent, and coming in ahead of the MSCI which posted monthly and yearly gains of 1.6 and 26 percent respectively. December’s performance was underpinned by welcome dividend announcements and continued mergers and acquisitions speculation in the aftermath of the LVMH/Tiffany deal. 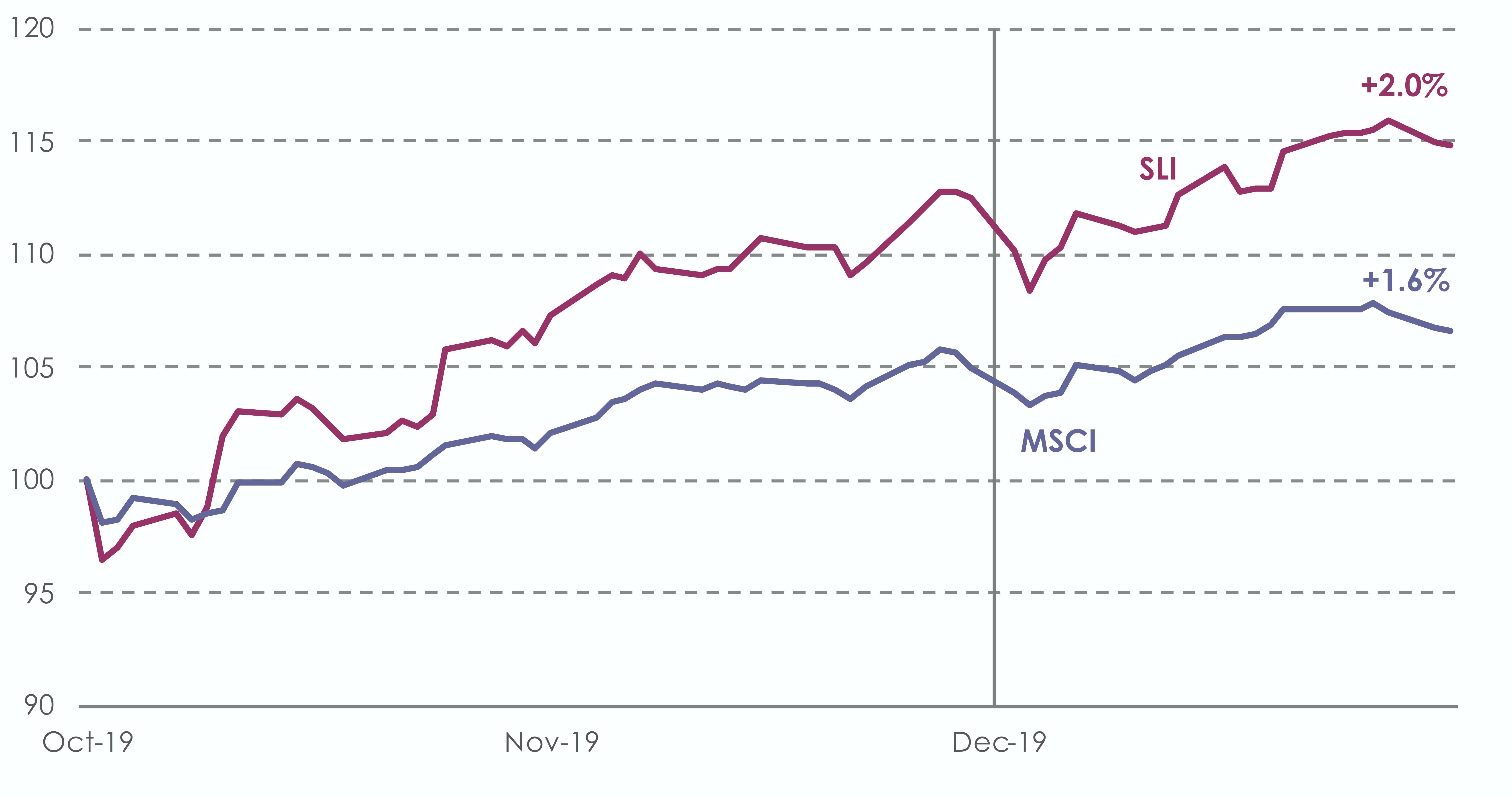 Going Up
• Prada was December’s top gainer, posting an impressive share price increase of 13 percent, pursuant to the agreement of a beauty licence deal with L’Oréal.

Going Down
• Safilo had a tough month. The Italian eyewear specialist acknowledged significant job cuts in the pipeline as the business scales down with the various licenses it has with LVMH coming to term. The company also announced it would not pay any dividends for the next 5 years. The stock lost 23 percent of its value this month.

• Swatch came out with a bloody nose from its ongoing dispute with WEKO this month, losing almost 4 percent of its value in December.

What to Watch
M&A speculation is reaching fever pitch as investors mull over the sector’s response to the LVMH/Tiffany deal. Press reports emerged that Kering and Moncler were in discussions but Moncler’s CEO poured cold water on the prospects of a tie-up with the French luxury conglomerate. The talk of the town now is turning to a merger between Richemont and Kering. Whilst this would be fraught with difficulty, in part due to Richemont’s complex shareholder structure, what a game changer such a tie-up could be. Regardless, one should expect an uptick in corporate activity as LVMH’s rivals play catch up with the luxury sector’s undisputed giant. 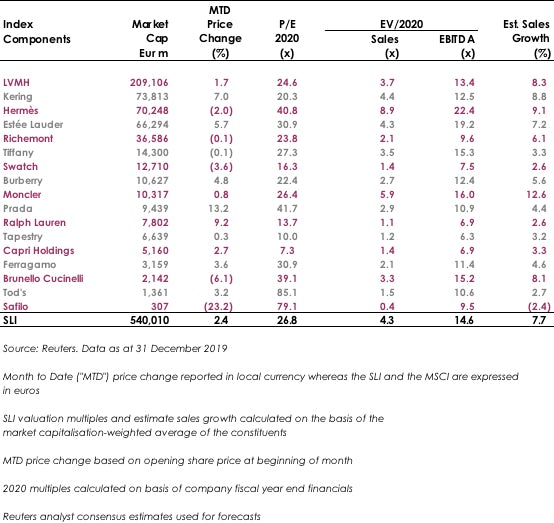