The sector is keen to put the events of 2020 behind it, but the gargantuan task of vaccinating the world — combined with concerns about new Covid variants — has poured cold water over investor sentiment.

The sector is keen to put the events of 2020 behind it, but the gargantuan task of vaccinating the world — combined with concerns about new Covid variants — has poured cold water over investor sentiment.

Trading updates and quarterly results announcements over the course of January have clarified the impact of Covid-19 on 2020. Taking the combined turnover of the Savigny Luxury Index (SLI) constituents as a benchmark, it would appear that the sector has shrunk by just over 16 percent.

The top performer so far is Brunello Cucinelli, where sales only fell 10 percent for the year. Hermès is forecast to do a little better, with a decrease of around 8 percent. On the other end of the scale is Ferragamo, which lost a third of its turnover in 2020 and saw sales decline 20 percent in the fourth quarter as European lockdown measures offset any growth in China.

Swatch Group also put in a poor performance, with a 32 percent sales decline and its first annual loss in almost 40 years. Nevertheless, the watch and jewellery group said there was a good chance that 2021 sales would return to pre-pandemic levels, a sentiment echoed by most luxury goods companies. Industry leader LVMH posted a 16 percent loss in sales for 2020, with its flagship brands carrying the group across the finish line.

If anyone was in doubt about China’s importance in 2020, here are some statistics courtesy of Bain: luxury goods sales in mainland China are expected to have grown by almost 50 percent, doubling the country’s share of the overall market in the space of one year. Total sales in Shanghai alone on the first day of shopping after the city’s lockdown was lifted in May 2020 reached $2.2 billion. Bain expects mainland China to become the biggest market for luxury goods in the world by 2025.

Talk of a minority stake sale by Ferragamo was quashed this month: according to the Financial Times, the company had been exploring the sale of a minority stake to raise capital at the end of last year, but bidders were put off by the family’s refusal to relinquish control of the company’s governance. The company is now focusing on changing the management team, notably by appointing non-family members to its board, and on (re)relaunching the brand.

The SLI fell 4 percent this month as investors digested the impact of extended lockdown measures, while the MSCI ended the month flat. 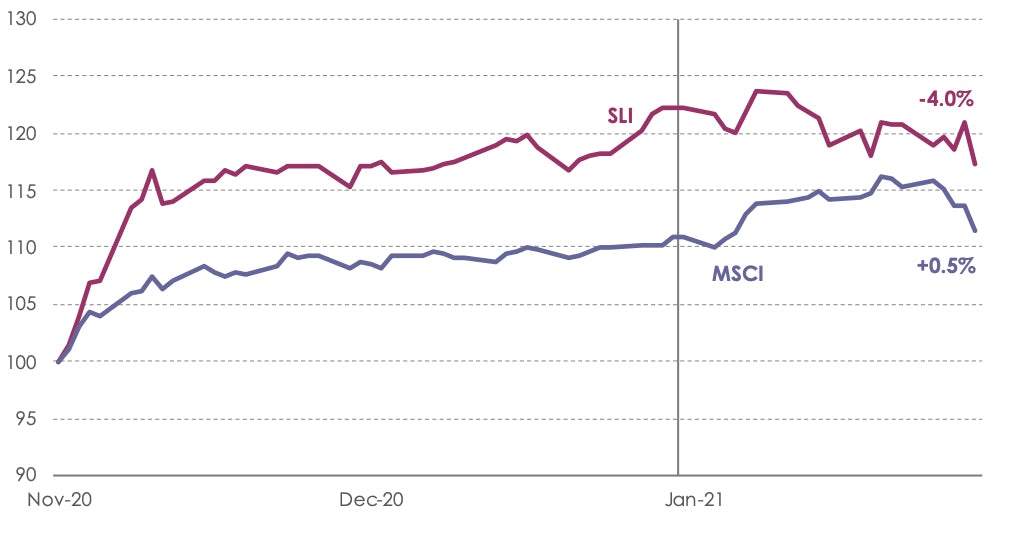 The pace of rollout and success of Covid vaccines are going to be the drumbeat that dictates the march of the sector’s recovery in 2021. Hopes are currently pinned on the second half of the year to have lockdowns and travel bans, both so detrimental to luxury consumption, become a thing of the past.

As the acquisition of Tiffany by LVMH completed this month, Tiffany has been de-listed and thus removed from the SLI. The index has been re-computed to exclude Tiffany so that the monthly change in the SLI reflects like-for-like performance (excluding Tiffany). 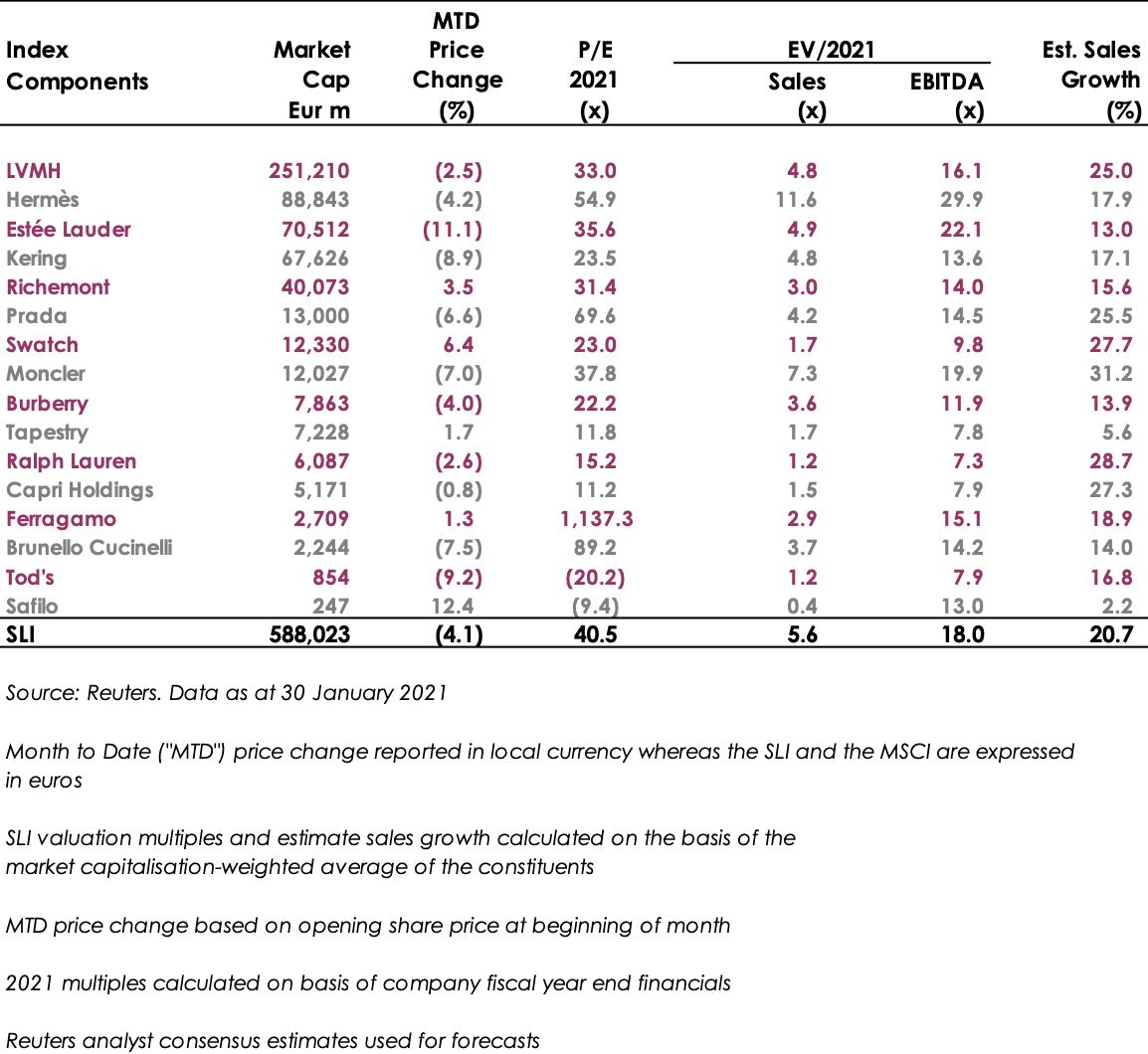