Luxury Feels the Impact of Coronavirus

The sector has faced investor fears over the spread of the coronavirus, echoing the strong impact brought about by the 2003 SARS epidemic.

LONDON, United Kingdom — Luxury's string of earnings results released this month could best be described as bittersweet. LVMH posted record revenue and profit for the whole of 2019 with sales growth across all regions. Nevertheless, growth slowed down in the fourth quarter, notably due to a 40 percent contraction in Hong Kong revenue. This was largely offset by growth in mainland China.

Burberry raised its revenue guidance for the full year to March 2020 after having successfully tackled haemorrhaging sales in Hong Kong, also by focusing on mainland China and the rest of Asia.

Swatch Group posted declining sales and profits for 2019 as the Hong Kong protests bit hard on its business — the group has over 90 retail stores there.

Hard luxury rival Richemont was also hit by a severe contraction in its Hong Kong business, but still managed to report a few points of positive sales growth in the quarter ended December 31, buoyed by its jewellery division and double-digit growth in China and South Korea.

But the most common positive factor in these results, mainland China, is now nearly under lockdown because of the coronavirus. Bittersweet indeed.

Elsewhere, Louis Vuitton stunned the market by announcing the purchase of the 1,758-carat Sewelo diamond, believed to be the largest diamond to have been recovered from a mine in Botswana, and the second-largest rough diamond ever found in the world. The diamond, which is the size of a tennis ball, will be transformed into a collection of fine jewellery pieces. Although Louis Vuitton has been making jewellery since 2012, this latest acquisition clearly signals the brand’s ambitions in the world of high jewellery.

On a more discreet note, Hermès announced its first foray in makeup with a collection of 24 lipstick shades, with each lipstick case being designed to be refillable.

Corporate activity in the sector has been subdued this month. The only deal worth noting was Chow Tai Fook’s acquisition of local player Enzo Jewellery, which operates 60 stores in mainland China, and which will serve to increase the group’s foothold in the coloured gemstone segment. Nevertheless, many commentators expect 2020 to be a bumper year for deals, as luxury goods groups continue to benefit from healthy balance sheets and low borrowing rates to fund acquisitions. Kering in particular, flush with ample dry powder, is reported to be considering its next move.

The Savigny Luxury Index’s (“SLI”) climb was stopped short halfway through January as the coronavirus threat morphed into a crisis. As a result, the SLI fell 4 percent this month, versus a nearly flat performance for the MSCI. 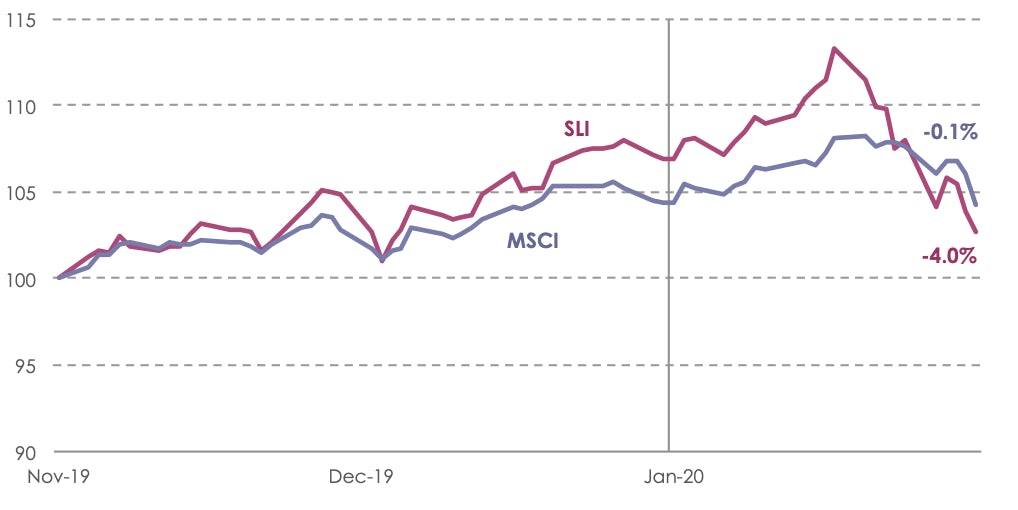 Fast forward to 2020, the luxury sector has become reliant on China, with Chinese consumers estimated to account for over a third of all global purchases of luxury items. The timing of the coronavirus crisis is also extremely unfortunate. Coinciding with Chinese New Year, which is normally a shopping bonanza, streets and shopping malls are at present eerily empty. All eyes are now fixed on the virus’s spread: determining if and when its peak is reached will help look beyond the current gloom. 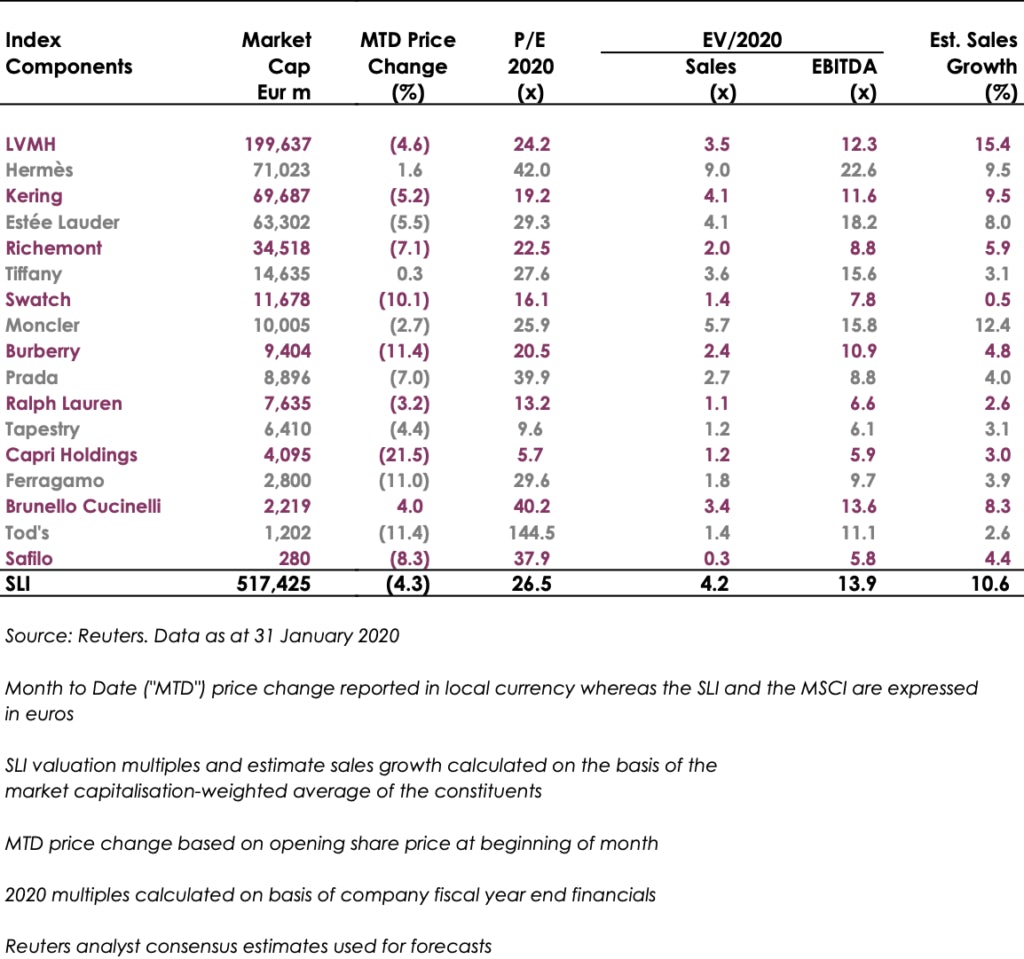