A series of strong trading results further fuelled optimism in November, but investors would be wise to remain cautious as the pandemic remains a destabilising force.

A series of strong trading results further fuelled optimism in November, but investors would be wise to remain cautious as the pandemic remains a destabilising force.

The announcement of three potential game-changing Covid-19 vaccines this month was welcomed with the investor equivalent of a ticker tape parade. Adding to the optimism were a series of better-than-expected corporate announcements: Tiffany’s Chinese business grew by 70 percent in the last quarter, Richemont’s six-month sales in China were up 83 percent, and Brunello Cuccinelli posted overall sales growth for the quarter.

Despite a well-publicised industry update from Bain estimating that the luxury market shrank 23 percent in 2020 ― its largest-ever drop and the first contraction since 2009 ― the feeling is that the nightmare is almost over.

The most talked about deal in November was Richemont and Alibaba’s $1.1 billion investment in Farfetch (with an option for more). Roughly half of the funds were invested directly in Farfetch China, and pursuant to this deal Farfetch will launch luxury shopping channels on Alibaba’s platforms Tmall Luxury Pavillion, Luxury Soho and Tmall Global, gaining access to Alibaba’s 757 million consumers. With Farfetch/Alibaba/YNAP coming together, it’s a clear signal of ambition to create a globally-integrated digital platform for the luxury sector. The Pinault family, owner of French luxury conglomerate Kering, certainly saw it that way and agreed to plug an additional $50 million into Farfetch through its investment vehicle Artémis. There was no comment from industry leader LVMH.

The Savigny Luxury Index (“SLI”) posted the largest monthly gain since October 2011, rallying almost 16 percent this past month as hopes for a Covid-19 vaccine materialised. The MSCI also had an excellent November, gaining almost 10 percent. 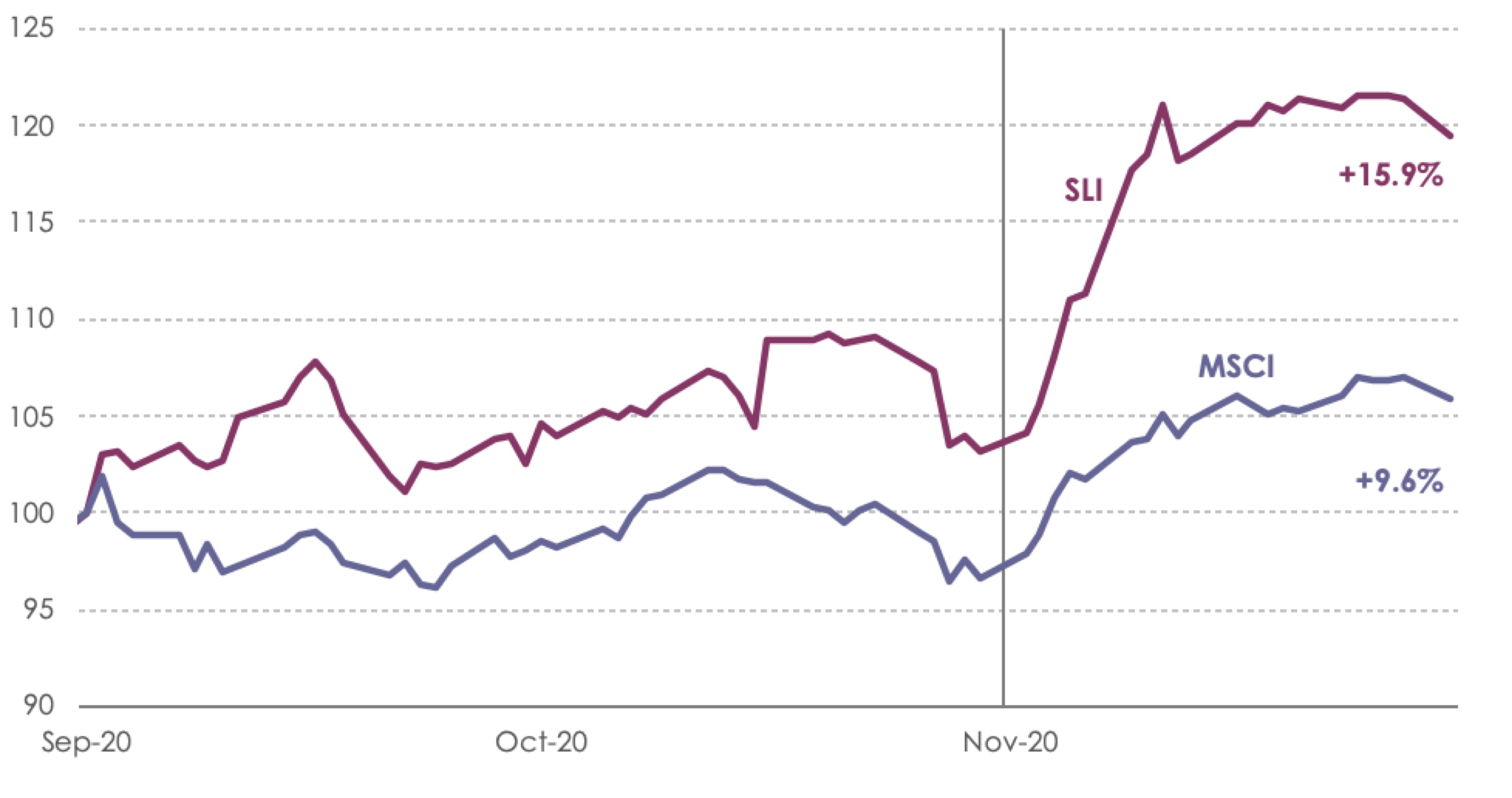 All of the SLI stocks posted gains with the prime beneficiaries being companies that had been lagging behind in valuation terms, such as Capri Holdings (+67 percent), Tod’s (+43 percent), Safilo (+39 percent), Ferragamo (+36 percent) and Ralph Lauren (+28 percent).

Despite the tangible euphoria over recent vaccine developments, it would be prudent to remain cautious for the coming Christmas trading period. Major shopping destinations are likely to continue going in and out of lockdown over the next few months pending widespread global vaccination. Travel retail, a key element of the mix for many luxury brands, will not restart in any significant manner for quite a while. Equity markets have already largely factored in the good news and we may continue to see some short-term volatility in the SLI. 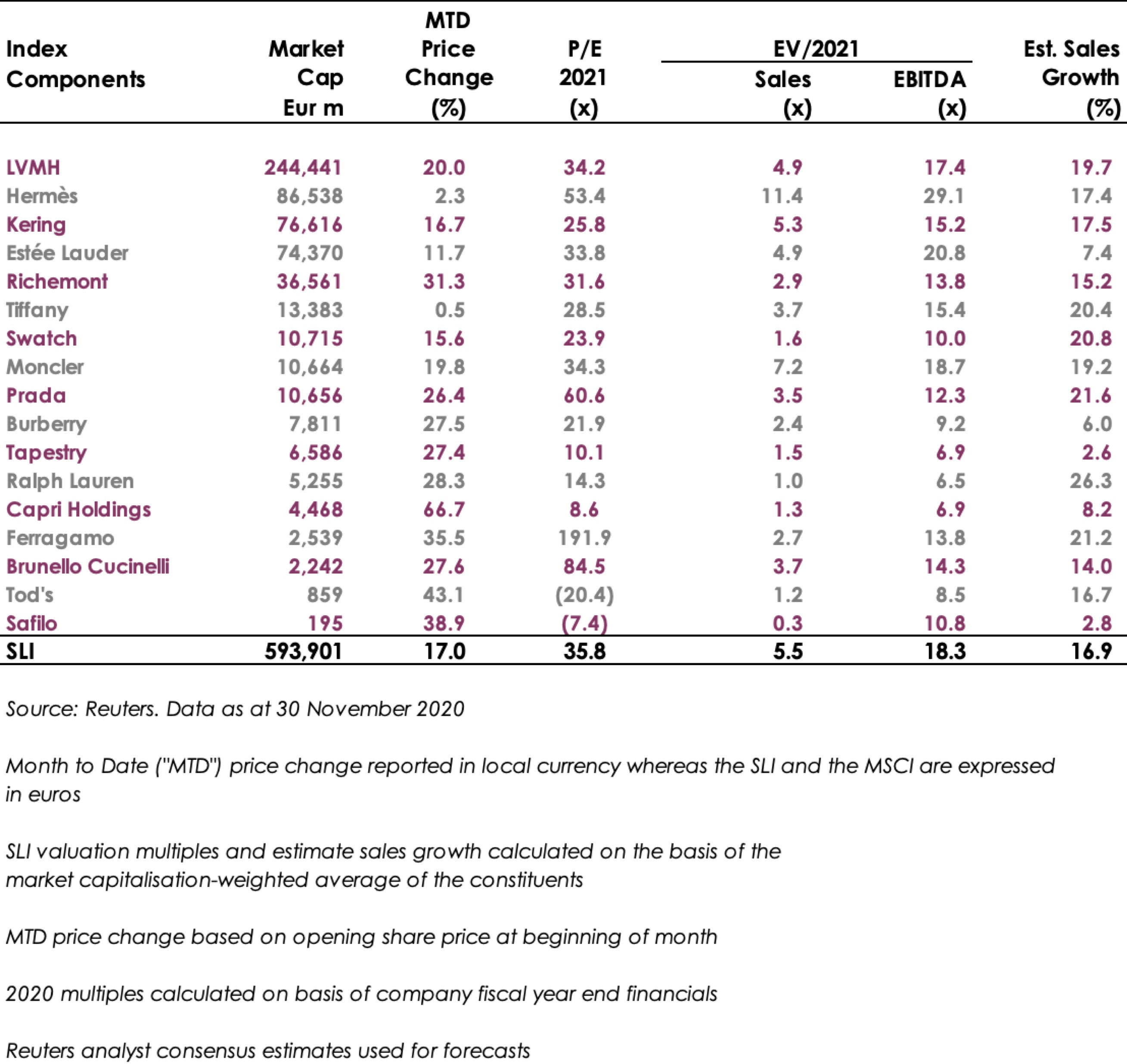