Ralph Lauren and Brunello Cucinelli Are Up, Tod's and Richemont Disappoint

The luxury sector fared well this month, with hopes of a trade deal between China and the USA as well as increased M&A chatter adding to a predominantly positive results season.

LONDON, United Kingdom — Ralph Lauren and Burberry posted better-than-expected quarterly results this month. Investors were particularly pleased to hear that sales growth was accelerating in the second quarter for Burberry, despite a high double-digit decline in retail sales in Hong Kong, where the brand has 12 stores.

Ferragamo also published good quarterly results, with stronger performance in Europe offsetting a practical shutdown of business in Hong Kong. Nevertheless, both Ferragamo and Ralph Lauren warned of potential headwinds from the continued unrest in this critical market for luxury goods.

Richemont, which had been benefiting from a bounceback in watch and jewellery sales, could not escape the fallout from the Hong Kong protests with a slowdown in sales growth — this was compounded by higher-than-expected losses at the group’s recently acquired online distributors. Richemont is expecting growth in the second half to be boosted by the sale of big-ticket jewellery items (with the fiscal year ending in March, the period includes Christmas).

LVMH and Tiffany entered into a definitive agreement after the world’s leading luxury group increased its offer price by 12.5 percent to $135 per share, valuing the company at US$16 billion. This is the largest corporate deal in the history of luxury goods and, despite being potentially dilutive in the short term, it has been well-received by investors.

In beauty, Estée Lauder acquired the remaining 66 percent stake in Korean cosmetics group Have & Be, consolidating its position in skincare and expanding its reach in Asia. Estée Lauder has been a shareholder in Have & Be since December 2015.

The Savigny Luxury Index (SLI) had a bumper month, ending almost 6 percent up, with hopes of a trade deal between China and the US as well as increased M&A chatter adding to a predominantly positive results season. The MSCI also performed well this month, climbing close to 4 percent. 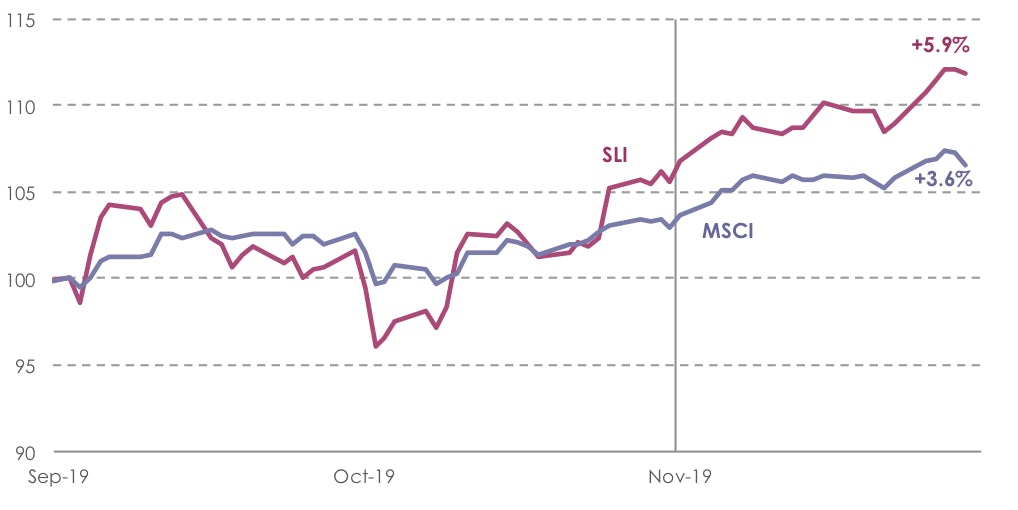 Retailers are still ringing their tills from Black Friday and we also have Christmas and Chinese New Year to look forward to. This year’s holiday shopping season is shorter than usual, which may prompt retailers to push the discount button earlier in order to boost sales, particularly online where one has to factor in delivery times. How this will impact margins remains to be seen, but one would be wise to remember that ‘tis not just the season to be merry but also the season to make a profit. 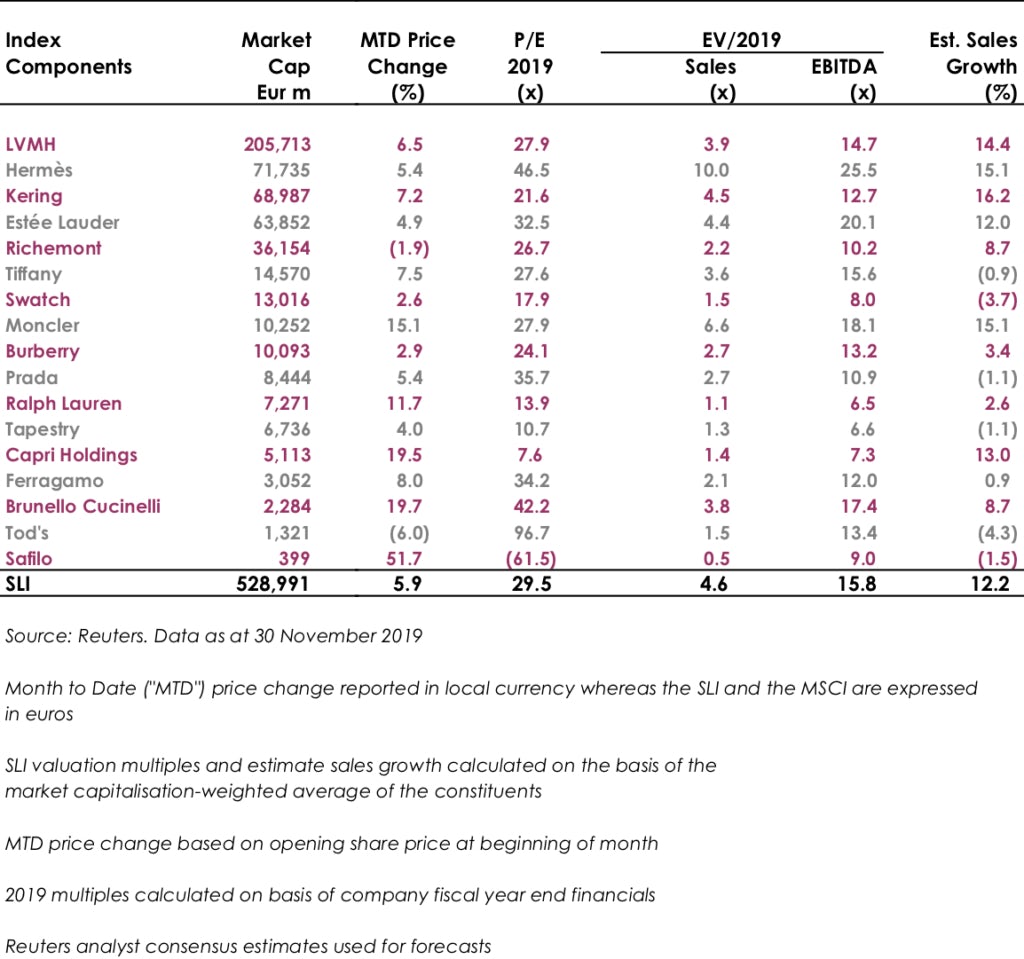