We wrote him a letter right before we joined, the minute we got our job at Kenzo in June 2011, telling him how honoured we were to be working for his namesake brand. At this time, he didn't actually have anything to do with the brand. But he wrote to us and he said, “I can't wait to see what you have in store, and I see your work and I'm excited.”

Then he wrote us again after the first show and said, “I really feel that you've captured my spirit.” We had his letter pinned up in our office the entire time that we worked there. A few weeks later, he came to this French AIDs benefit, Sidaction, that they do every year, and that was the first time we met him. He was the biggest celebrity we could have ever met. It was such a big moment because he represented so much to us, as Asian people and Asian designers, and then to be working at the label he created.

We were still designing and running Opening Ceremony and we had kids. And he was very perplexed at how we did it. He would tell us, “When I was designing, we would go out and stay out until six or seven in the morning.” And then he said he would go and design and do some work, and then sleep all day. And then get up and repeat.

In luxury, Kenzo was a standout because he defined what prêt-à-porter or streetwear meant back then.

There are so many different eras of Kenzo. In the beginning, it was a fusion of Parisian flea market fabrics with his hints of Asian-ness that would make his launch feel both really timeless and quite modern. If you look at it in the history of where Parisian fashion was in the 1970s, Saint Laurent and Karl Lagerfeld were the household names. But in luxury, Kenzo was a standout because he defined what prêt-à-porter or streetwear meant back then.

We had the opportunity three times over to work with [visual artist] Jean-Paul Goude, and really connect those dots. Kenzo appreciated it, those gestures and these little moments of us just paying attention to what had happened in the past.

He was so humble. He's Japanese. He's not going to be bragging about himself. So words like “trailblazer” and things like that, I don't think he was thinking that. He was just doing what he loved and having fun in Paris. 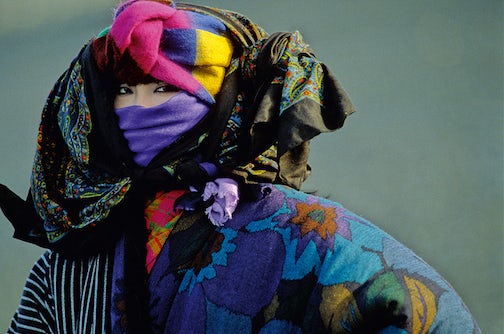 He was really the first Asian designer. He was the first in so many categories, but the first Asian designer to take on Paris and create a brand and a house and a new language for fashion. When we arrived in Paris, there was a lot of scepticism about us. Kenzo is such a beloved and historical Parisian brand. We had to remind people of his beginnings and ensure we would bring our Asianess to the label. He was our inspiration as a person because he had done it. He was an example for us and countless others.

He opened the doors and broke the glass ceiling in many ways for what an Asian designer outside of Asia could mean, especially breaking through in Europe, which historically was a space for white men and women. He provided a modern opening for a lot of Asians who work in fashion; showing that there is a place for us in a role that is beyond a secondary role, that we actually could lead a house.

Kenzo, in many ways, initiated the idea of theatrics in fashion shows. If you knew Kenzo, he was about throwing a big party for his friends. He treated the fashion shows like that — this big party for his friends. There aren't too many examples that predate him in terms of creating these fantastical shows, whether it was the circus show with the elephant and the show with the cars driving around on Place des Victoires. 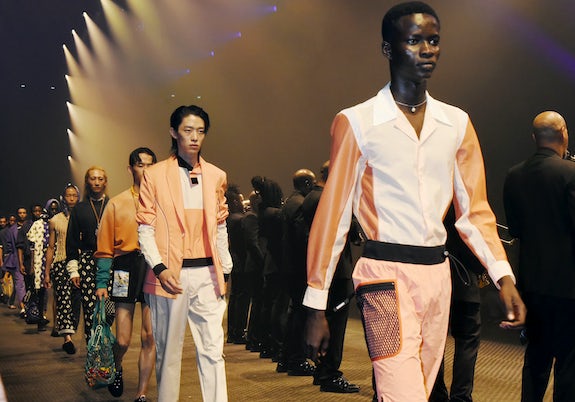 Models on the Carol Lim and Humberto Leon's final runway for Kenzo in 2019 | Source: Foc Kan/WireImage

He spoke Japanese and French, and we speak English and our native tongues. But we always made the effort to communicate however we could. We are obsessed with eating at Asian restaurants in Paris, a lot of Japanese ones. We frequented a lot of the same ones as him and we would run into him quite often. And then we would make recommendations to each other like, “Oh, have you tried this place?” And he would say, “Oh, yeah, my friend owns that place.” Food was a commonality between us.

We went to his 80th birthday party, which was, in true style, a huge bash, all night long, too. It was a late party and he was there the whole time, celebrating. We ended up having coffee with him because he was starting his new furniture and homeware line. He was 80 and he was still creating and still excited. He had so much that he wanted to express. That youthful spirit and that approach of always creating, wanting to learn and delving into something kept him going. That’s the beauty of his energy.

As told to Chantal Fernandez.

Carol Lim and Humberto Leon are the founders of Opening Ceremony. They were the co-creative directors of Kenzo from 2011 to 2019.