LONDON, United Kingdom — In the context of increasingly polarised political environments in both Europe and the US, where activism is on the rise, it is perhaps no surprise that celebrations of gender diversity and subtle protest appeared in some of this season’s best fashion ads.

But some of the season's top advertising was simply beautiful, including Alberta Ferretti’s Tim Walker-lensed campaign and Miu Miu’s homage to jazz-culture.

Below is BoF's selection of the top 10 campaigns of the season. Let us know your thoughts in the comments below. 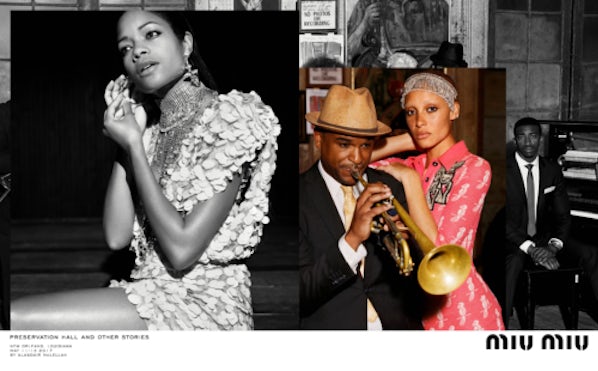 Prada’s younger sister chose award-winning actress Naomie Harris to star in its jazz-inspired campaign, shot in New Orleans. She appears alongside models from the old and new guard — Kate Moss, sisters Adwoa and Kesewa Aboah and Jean Campbell — dancing to the famed Preservation Hall Jazz Band and boating through the Mississippi bayou. It’s an apt backdrop for Miu Miu's Autumn/Winter 2017 collection (which Tim Blanks described as a “surreal joie de vivre”) — alive, colourful and imbued with memories of its glamorous past. 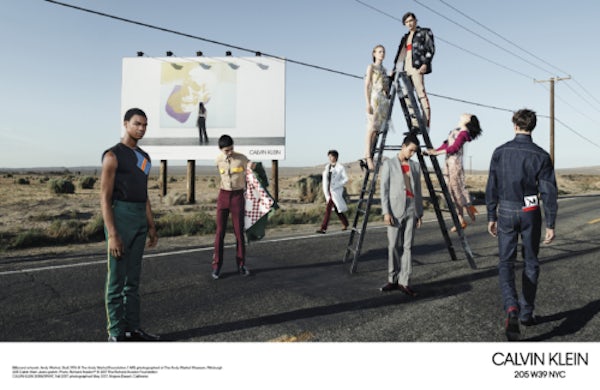 Photographed in the Californian desert by long-time collaborator Willy Vanderperre, Calvin Klein 205W39NYC’s “American Classics” images are an ode to Raf Simons’ romantic outsider view of the country. Twenty-two models walk on a deserted highway, with billboards from Simons’ first campaign for the brand in the background — perhaps illustrating the designer’s unprecedented creative control of all the labels under the Calvin Klein umbrella. 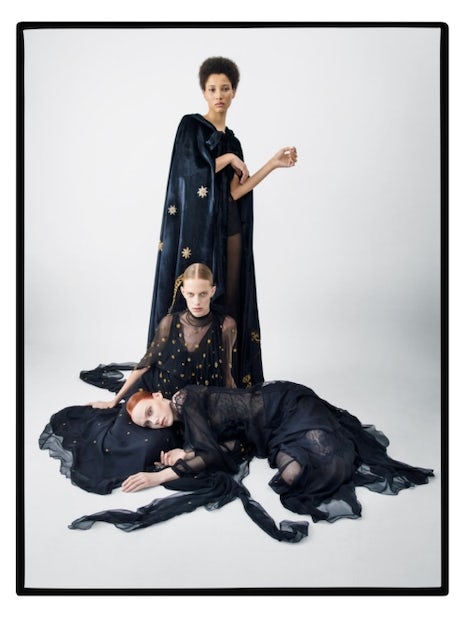 Tim Walker is well known for his fantastical, quirky imagery. But for Alberta Ferretti’s Autumn/Winter 2017 campaign, the photographer has pared back his usual exuberance, swapping an elaborate set for a simpler studio backdrop. Styled by Carine Roitfeld, models pose in the Italian brand’s billowy dresses and velvet cloaks. The romantic clothes are a perfect fit for Walker, who Ferretti described as “a poet of modern photography.” 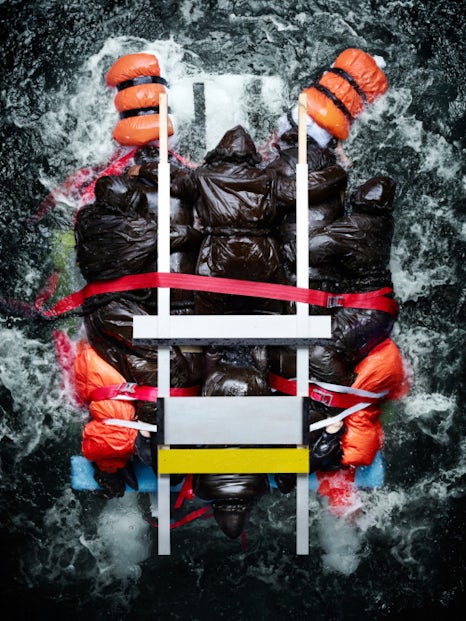 The five-part photo series shows Craig Green’s aesthetic at its most abstract: “clothes to strike a chord,” as Tim Blanks describes the collection, photographed in a shrine-like, geometric formation inspired by Leonardo da Vinci’s “Vitruvian Man” and Hindu deities. The sea was a key reference for Green’s Autumn/Winter 2017 collection, which is brought to life via half-submerged, puffer coat-clad models strapped to a raft amid a storm — evoking images of the refugee crisis in the Mediterranean. 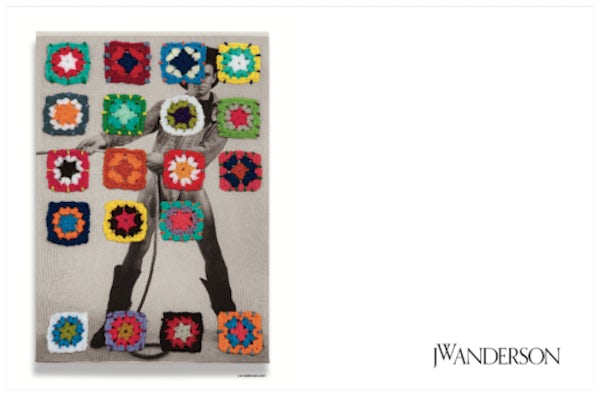 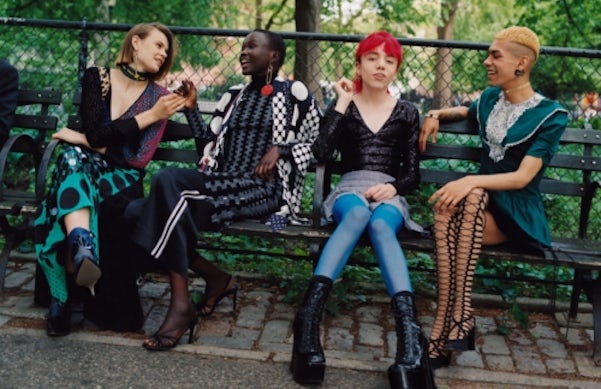 Jonathan Saunders’ debut campaign for one of America’s most beloved fashion brands marks a new beginning for the label: a new logo — with a cleaner typeface — accompanies a move away from glossy campaigns towards a more inclusive aesthetic. Lensed by Oliver Hadlee Pearch, the images are an ode to modern New York, where gender fluidity and individualism prevail. A diverse cast models Saunders’ designs while interacting with real residents of the city, playing basketball or breakdancing in Harlem and Tompkins Square Park. 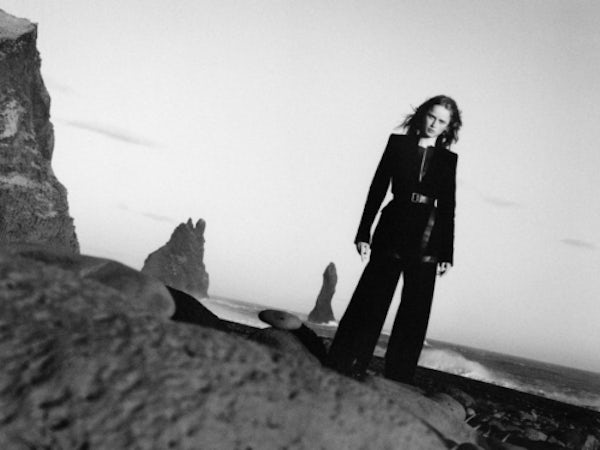 A trip to Cornwall inspired Sarah Burton’s latest collection for the house, so it was apt that the campaign be shot among the ragged, surreal landscapes of Iceland. Model Rianne van Rompaey, dressed all in black, stands out among a background of rocky shores and vast sky, mirroring the juxtaposition of romance and dark undertones often present in Burton’s collections. 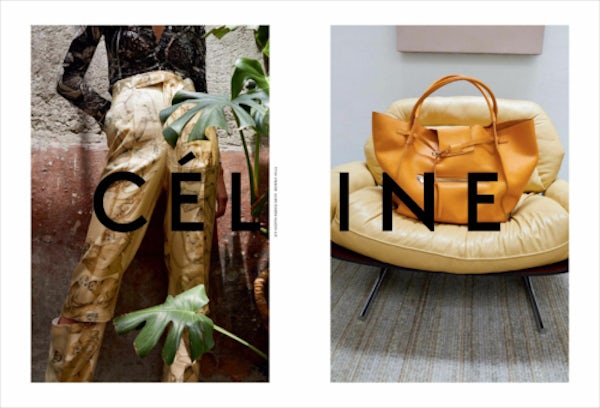 The Juergen Teller-lensed images embody the sleek minimalism that has attracted the brand such a cult following since Phoebe Philo’s arrival in 2008. Despite its simplicity, the effortlessly styled looks and pastel-coloured still-life shots will surely end up appearing on countless Instagram feeds and pinned to moodboards. 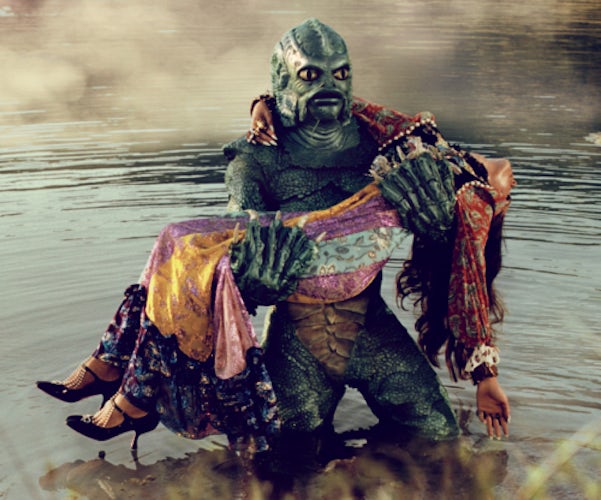 Gucci’s continues to break free from the traditional confines of luxury advertising with its Autumn/Winter 2017 campaign, which utilises an unconventional, humorous approach well placed to spark conversation on social media. Shot by Glen Luchford under Christopher Simmonds’ art direction, the imagery could be mistaken for stills from a 1960s sci-fi film. Amid “Gucci-fied” landscapes and spaceship interiors that reference cult films like “Star Trek” and "Creature of the Black Lagoon,” models move in Alessandro Michele’s floral-printed gowns, bright jacquard suits and pearl-embellished accessories, alongside robots, dinosaurs and extra-terrestrial creatures. 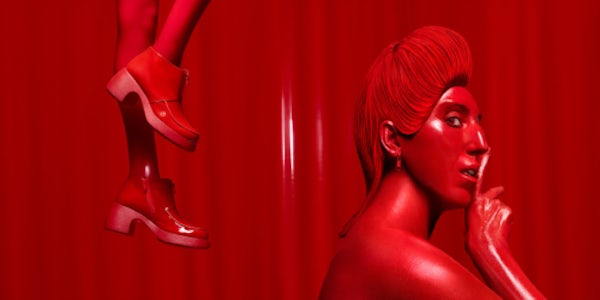 This season the Spanish footwear brand enlisted makeup artist Isamaya Ffrench to help create its campaign, resulting in her signature cinematic characters embodying the different shoes. The brand’s “Dub” sneaker appears alongside a faceless creature with hollowed eye sockets, clad in a jacket emulating the red stripe found in the shoe’s design. A woman enveloped in a heavy leather veil personifies the “Brutus” shoe, while the patent “Thelma” boots are shown alongside Spanish actress Rossy de Palma, who is covered in red lacquered paint. That is Ffrench’s signature: deceiving the eye through transformative imagery.